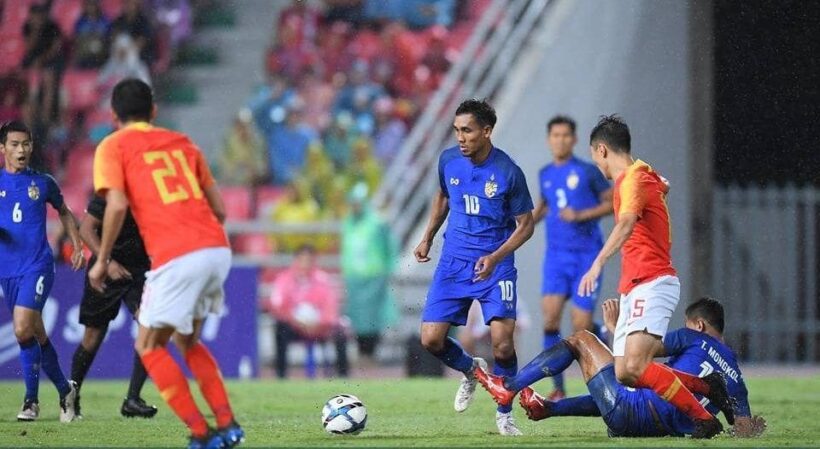 Thailand has gone down to China 2-1 in last night’s Asian Cup Round-of-16 match, eliminating them from the tournament.

The match was decided by a penalty awarded after a foul charged against Thailand in the 72nd minute. China’s forward Gao Lin slotted home his shot to finish Thailand’s chances.

The slow start to last night’s game gave way to more intensity from the 23rd minute. War Elephant Teerathon Bunmathan saw his free-kick from wide on the Thai right tipped over the bar by Yan Junling while Tanaboon Kesarat saw his speculative effort from distance soon after drift wide of goal.

In the 31st minute, Supachai gave Thailand the early lead. The Chinese defence failed to properly clear Teerathon’s corner and, after Thitiphan Puangchan’s shot ended up at Supachai’s feet.

Xiao Zhi came off the bench to inspire the second half comeback for Marcello Lippi’s side as China advanced to the Asian Cup quarter-finals.

China now will play Iran in the Round of 8 quarter-finals. Iran defeated Oman 2-0 in Sunday night’s late game, which ran into Monday, Thailand time.

Vietnam, meanwhile, defeated Jordan 4-2 on penalties after the teams played to a 1-1 draw in regular time.