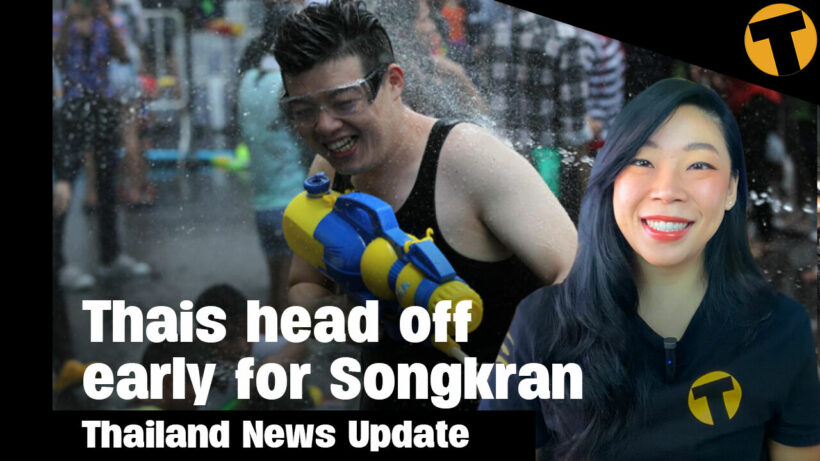 More Russians are reportedly interested in venturing down to Thailand. After the Russian PM announced last week it would lift Covid-19 restrictions on flights to 52 countries, starting April 9, some Russian travel agents claim there has been a massive increase in Thailand search inquiries by Russians wanting to escape winter, and perhaps a few other current inconveniences. Searches for tickets to Thailand reportedly went up by 20% after the announcement, according to one popular vacation planning service in Russia called OneTwoTrip. They reported that Russians’ interest in all countries grew between 5 – and 350%, depending on where they were searching. Elena Shelehova, head of OneTwoTrip, told Russian state news about the jump in travel interest ever since the Russian government announced on April 4 that it would lift restrictions. Now, we get that this whole opening up of Russia for outbound tourists maybe some local propaganda but the searches are real. Meanwhile, flights to get to and from Thailand from Russia are still on hold. Russian airlines are under heavy pressure from Western sanctions. Due to rerouting and oil prices, there are limited connecting flights conducted by foreign operators. Leased Russian airplanes are also under threat of being repossessed if they land on foreign soil at the moment. Last month, many Russians who had already travelled to Thailand, ended up stranded. There were over 7,000 Russian and Ukrainian tourists across Thailand, with about 3,000 Russians, alone, stranded in Phuket. Following the move by Mastercard and Visa to cut off services to cards issued in Russia, many Russians couldn’t access their financial funds to pay for new flights. Russians made up the biggest group of tourists to Thailand in December, with over 17,000 arriving on the Island that month.

An independent candidate is leading the record pack of 31 running in the forthcoming election for Bangkok’s Governor. In Bangkok’s first Governor election in 9 years, Chadchart Sittipunt, a former Pheu Thai heavyweight, is favoured by nearly 40% of the 1,362 eligible voters polled in the Bangkok area. A long way behind at the moment is another independent candidate, Aswin Kwanmuang, the current Bangkok Governor who stood down to take part in the new election, with 10.1% of respondents saying they prefer him. Aswin Kwanmuang says he would continue his work as Bangkok’s governor if elected. He was originally elected to the top job in 2016. The Bangkok Governor presides over the Bangkok Metropolitan Administration. All the other candidates were polling below 10% in the poll conducted a week ago. Bangkok’s upcoming election for a new Governor will be held on May 22.

One of the four missing divers who has now been found off Malaysia over the weekend told the Malaysian coastguard his son, a 14 year old boy, died while they were adrift. The man, 46 year old Adrian Chesters, said his teenage son Nathen Chesters had become too weak to survive. The Indonesian authorities are now expected to continue the search for Nathen’s body. Police earlier said the search for the boy had been called off after they concluded he had floated into Indonesian waters, and they had notified their counterparts. The other divers were rescued last Thursday… a Norwegian national, and a French national. The group first went missing last Wednesday after diving near the small island of Pulau Tokong Sanggol. After diving for about 40 minutes, Grodem said the group surfaced from their dive but were unable to see their boat, and that the currents then separated them. Police said the boat operator who took the group to the dive site was detained after testing positive for drugs.

A 21 year old man shot and killed a hospital patient in Pak Khat district of Bueng Kan province in Thailand’s Northeast yesterday. Police arrested the 21 year old shooter, and he remains in custody during the investigation. A video posted on social media shows an armed man in a blue T-shirt, entering the hospital’s emergency room. The man is then seen shooting an injured man on a gurney, frightening nurses and hospital staff. The police questioned the medical staff who witnessed the shooting, in order to find the suspect’s identity, then seek an arrest warrant. Thai media reports that police arrested the shooter hours later at a different hospital, where he went to seek attention to his wrist injuries. The incident reportedly happened after an alleged fight between two groups at a local restaurant. Another man, 20 years old, is also in custody on a charge of helping the shooter escape.

The spirit of Songkran is already in the air, as is heavy traffic, as Bangkok residents started heading ‘upcountry’ to the North and northeastern provinces. Motorway 6, or M6, in Pak Chong district, is not yet open to public travel. But it’s opening to drivers for two periods: From today to April 14, and after Songkran from April 15 to 18, from 6 am to midnight. The area has been heavy with traffic all today. Thais across the country are returning to their home provinces to be with their families for the Songkran/Thai New Year holiday. In the country’s south over the weekend, Songkhla province’s major train station was packed with people waiting to board a train to head to their home provinces. Meanwhile, trains travelling from Bangkok to southern, and northern provinces are reportedly completely booked out. Flights across the country are also at their highest capacity for months with fares at equally high rates for the holiday break. Songkran is officially this Wednesday with the Thursday and Friday also public holidays.

Noble_Design
If anyone doesn't want the Russians to come, then stop buying oil and gas from them. When the money stops so is the holidays. If the EU is still paying them millions and billions a day, they are basically sponsoring…