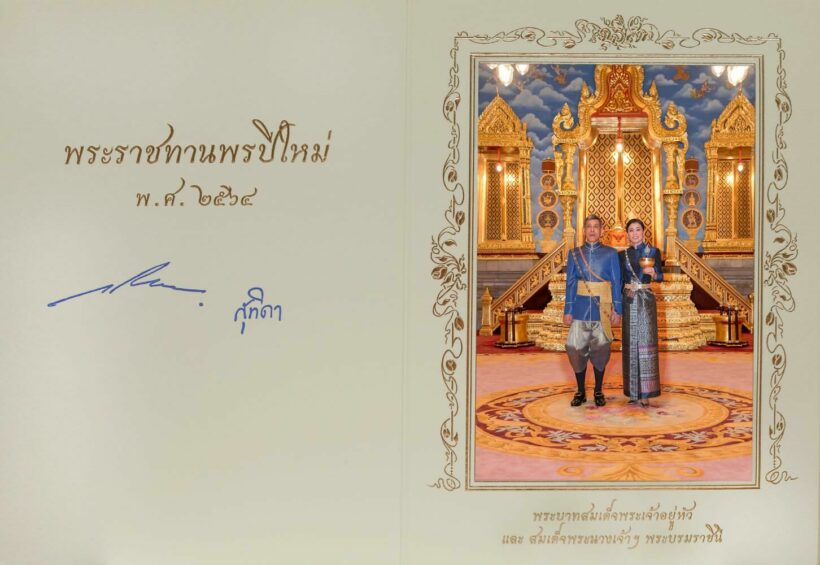 PHOTO: The card features the emblems of the Chakri Dynasty as well as Their Majesties' signatures and picture - Royal Household

His Majesty King Maha Vajiralongkorn is appealing to Thai people to appreciate their rich culture, which exhibits virtue, beauty and progress… the foundation of life and mind.

HM also asked all Thai people to conduct themselves “with virtue and reason in order” to overcome the Covid-19 crisis.

His Majesty spoke in a televised end of year broadcast saying that cultural traits are evident in the traditions, rites, language, arts, technology and the disposition of the people.

“Thais should all understand the value of virtue, beauty and progress and remain secure and strong in being reasonable and truthful.”

He expressed good wishes to the Thai people.

“Thailand will overcome the current crises, posed by diseases and illnesses, and advance toward stability, prosperity and happiness for the people.”

“People should continue, preserve and build on these fine qualities while staying true to their virtues, which will enable them to overcome the health crisis.”

“Knowledge, understanding and cooperation will lead the country to happiness, security and progress.”

There was also a commemorative New Year card which wishes the best for all Thais, featuring a photo of Their Majesties the King and Queen.

HM The King has spent the past 3 months in Thailand and made several appearances in public with HM The Queen to meet and greet his subjects at various ceremonies around Bangkok.

In a rare moment, and certainly the first time commenting about last year’s political unrest, His Majesty described Thailand as “the land of compromise”. The comment was in response from a question by UK Channel 4’s Jonathan Miller who was part of an audience of international media invited to sit among a crowd of royalist supporters in front of the Grand Palace on November 1, 2020. 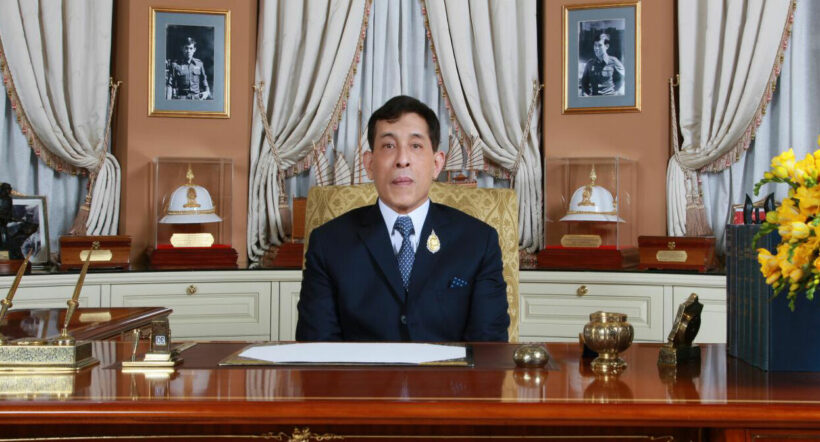