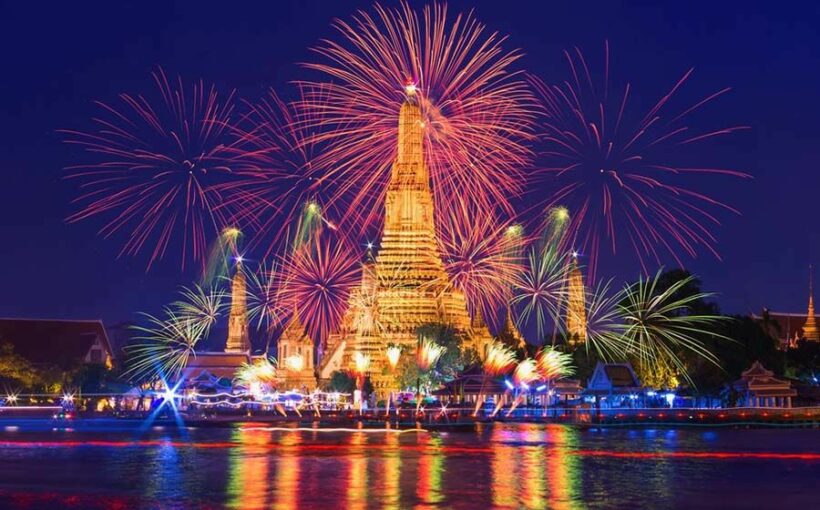 While the year just gone may be referred to as 2020 by most of us (with perhaps a few expletives thrown in, given the year it was), we are currently in the year 2563 in Thailand. As everyone who lives here knows, Thailand uses the Buddhist calendar, as well as the Western, or Gregorian, calendar, adding to our eternal confusion when wading through Thai documentation.

A lot of superstition governs the Buddhist calendar, with certain days having special meanings and considered more auspicious than others. Thais take these very seriously, particularly when choosing when to hold a wedding or funeral ceremony. Even when to buy a car or to propose marriage. The calendar is less frequently used by the younger generation, who tend to rely more on the Gregorian one.

Meanwhile, when it comes to celebrating the arrival of a new year, Thailand does so 3 times. The Buddhist New Year, the Chinese New Year, and the Western New Year, are all celebrated in some or all parts of the Kingdom.

The Buddhist New Year
This celebration is also known as Songkran, or Thai New Year, and is celebrated in April, when the weather is usually at its hottest. Traditionally, Buddhists celebrate Songkran by performing a ceremony in which they pour water over statues of Buddha, as well as on each other. This represents a period of cleansing, in which bad fortune and sins are washed away.

However, the original water ceremony has also evolved into large-scale water fights and street parties involving super-soakers and buckets of water (often, ice cold). It’s a bit of a mega-party that, in pre-Covid times, was a huge tourist draw. Although the water throwing only lasts a day in most places, it can continue for several days in some, even up to a week in places like Chiang Mai.

The Western New Year
In Thailand, despite the Buddhist New Year being marked in April, the official start of the year, particularly for international businesses, is still January 1. This is a public holiday and the evening before is the scene of glittering New Year’s Eve festivities, just like Western countries. While celebrations this year may have been somewhat muted due to the ever-present awareness of Covid-19, in more normal times, you can expect parties, live music, and fireworks a-plenty. By the way, Happy New Year!

The Chinese New Year
According to Wikipedia, up to 16% of Thailand’s population is considered ethnic Chinese, with the Kingdom having the largest overseas Chinese community in the world outside mainland China. This group also has their own calendar, with a noisy, firecracker-dominated celebration to welcome the Chinese New Year in late January or early February. The festivities culminate in the “lion dance”, involving 2 people in a large, colourful lion costume, performing dance moves.

There’s no doubt about it, the Thais love an excuse to party. And celebrating a new year, not once, not twice, but on 3 separate occasions, is one way to guarantee some fun. Let’s hope that the first of those celebrations, which took place last night, heralds the arrival of a more positive period for all!