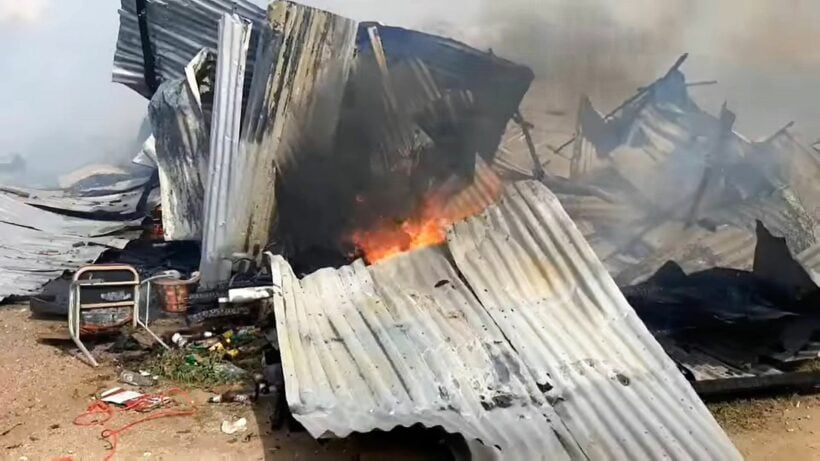 A fire has destroyed a construction camp in the town of Si Racha in the eastern province of Chon Buri, with more than 300 workers escaping injury. According to The Pattaya News, the fire broke out early yesterday morning, around 9am, and most of those living at the site had already left for work.

The blaze swiftly tore through the camp, destroying between 150 and 200 of the temporary homes where the workers, many of them migrants, are housed. Most of the 300 workers who live there were already at work and those still at home were able to escape without harm.

Video of today's fire at a construction camp in Si Racha that housed over three hundred mostly migrant workers. Luckily, no one was injured. It is believed a short circuit caused the fire, according to Bo Win area firefighters.

The local fire department and police attended the scene, where it took nearly 40 minutes to extinguish the blaze. Officials say they suspect it was started by a short circuit somewhere, but a full investigation is being launched to confirm the exact cause.