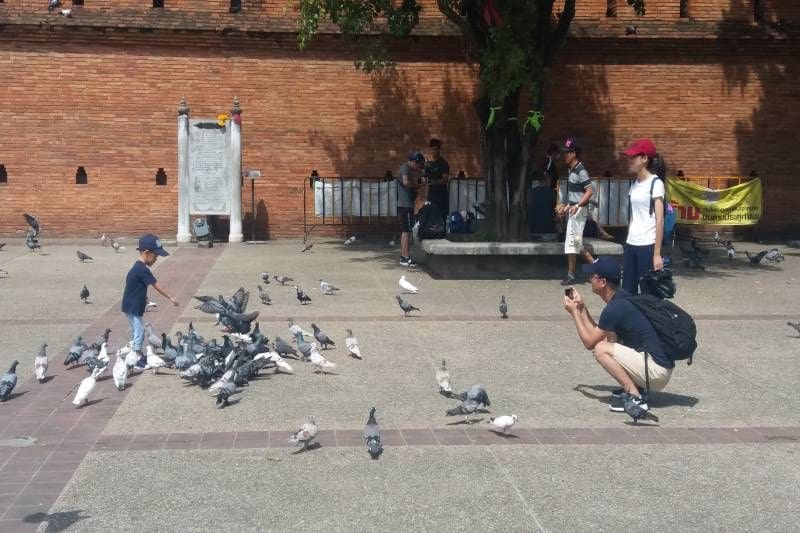 If Thai PM Prayut doesn’t have enough to worry about with errant politicians not towing the line, he now has to contend with Chinese tourists not obeying his instructions.

The edict from the Thai PM’s office, that feeding pigeons is making Thailand dirty and spreading infection, doesn’t seemed to have reached Thailand’s most populous tourist group.

Prayut has ordered the Bangkok and provincial authorities to stop the people feeding the birds.

Daily News sent out the news troops to the Tha Pae gate in Chiang Mai where, despite signage, Chinese tour groups were happily feeding the birds. And the pigeons were happy about it too.

Cleaners in the area say there never used to be that many pigeons until the tourists started encouraging them. Now they say the area is filthy with pigeon excrement and plastic bags that contained bird feed.

Local deputy mayor Natchudech Wirayadiloktham despairs that it’s problem that had existed for ages and not improving – the more food, the more pigeons. The more pigeons, the more tourists.