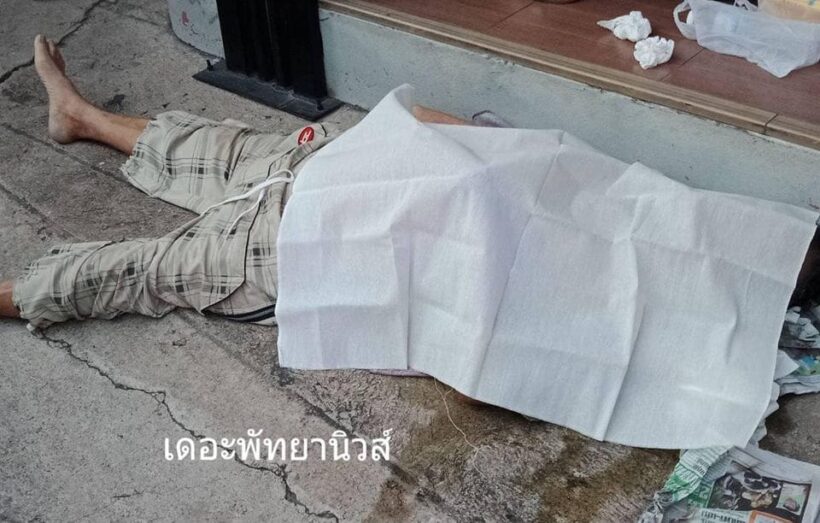 A 74 year old Saudi Arabian tourist, Mr.  Alsalamah Nasser Abdulrahman passed out on the street in front of the Dee House Hotel on Soi 17 in South Pattaya on Friday.

27 year old Araya Kanying Yuen had been walking into the hotel when she saw the man collapse. She and some motorbike drivers attempted to assist the man but he didn’t respond so they called emergency services.

Sadly, they were unable to save the man’s life.

Motorbike taxi drivers in the area said that they had seen the man drinking heavily earlier alone at the end of the street. Officials, however, stated that it is too soon to determine the exact cause of death. He was not a resident at the hotel where he died outside on the street. The man had been on holiday for several days according to his passport and VISA. The embassy and relatives have been informed.

HK ‘celebrity’ gets his stolen goods back, sort of