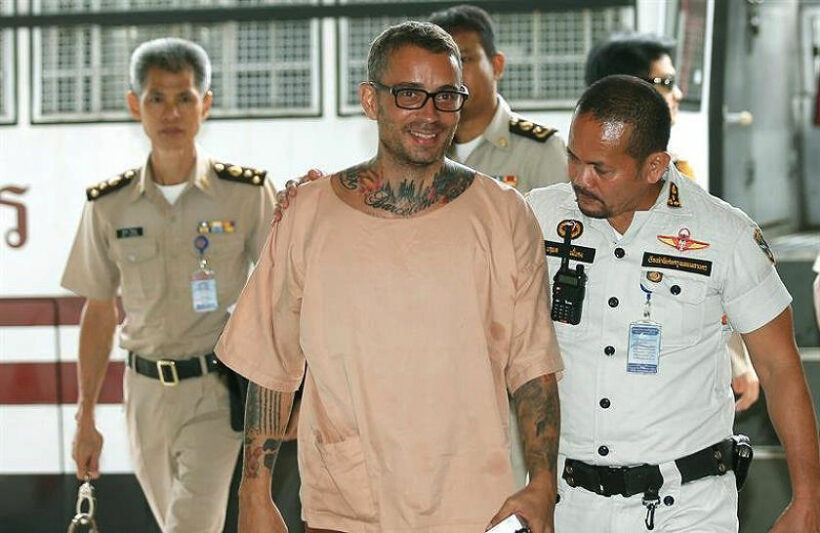 A Spanish man found guilty of the 2016 murder of a fellow citizen in Bangkok has failed in his bid to have his conviction overturned. The Nation reported that Artur Segarra Princep will now apply for a royal pardon after the Supreme Court upheld the conviction on Wednesday.

The Supreme Court upheld the conviction and the death sentence imposed over the murder.

Segarra was sentenced to death in May 2016 for premeditated murder and also convicted of concealment of a body, illegal confinement and theft. His lawyer says Segarra will appeal for extradition to Spain to serve the remainder of his sentence. Spain did away with the death penalty in 1995.

Although there are no known witnesses to the murder, Segarra was found guilty based on the testimony of his Thai girlfriend and a cleaner at the condo where the murder happened, as well as security camera footage and circumstantial evidence such as the victim’s blood found on an electric grinder and in a freezer at the property.

During his trial, prosecutors accused Segarra of murdering David Bernat, a Spanish millionaire who was a business associate of his, at the PG Condominium Rama IX in Bangkok’s Huay Kwang district. They told the court he dismembered the victim’s body and disposed of it in different locations along Bangkok’s Chao Phraya river.

When human remains found in the river in Bangkok’s Bang Phlat district were shown to be Bernat, Segarra was arrested in Cambodia shortly after and extradited to Thailand.

Future Forward Party will replace Thanathorn within a week