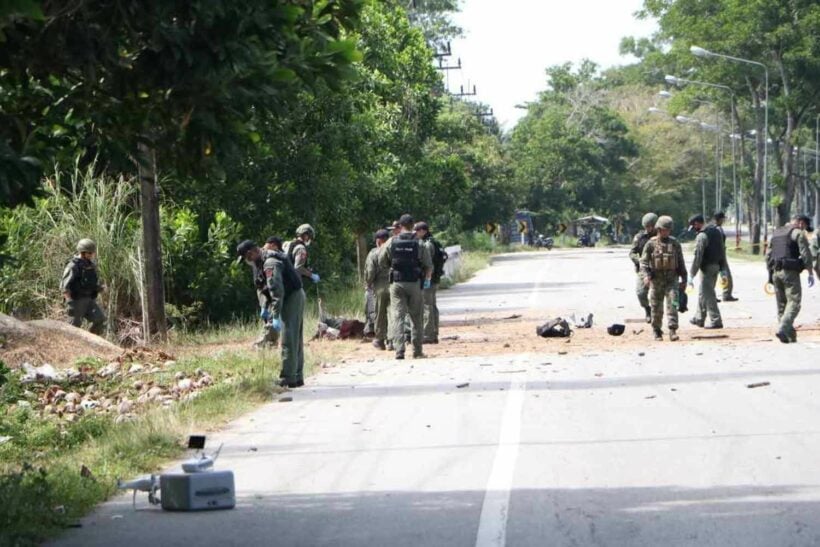 Three policemen have been injured, one of them seriously, by a bomb believed to have been planted by insurgents in the southern border province of Narathiwat. The three officers were part of a team of six traffic police deployed at a checkpoint. The bomb was placed near a roadside tree.

Soldiers and police immediately rushed to help the wounded officers, who were found bleeding and laying on the road. They were rushed to hospital, and the police sergeant who sustained the most serious injuries was later transferred by helicopter to Songkhla Nakharin Hospital in Hat Yai.

A message, purportedly from the Barisan Revolusi Nasionale insurgent group, was later posted on social media, threatening to target all defence volunteers, claiming they “are part of Siam’s armed forces”.

The warning urged all volunteers to quit or “face the consequences”. But the message was not verified verified as authentic by security officials.