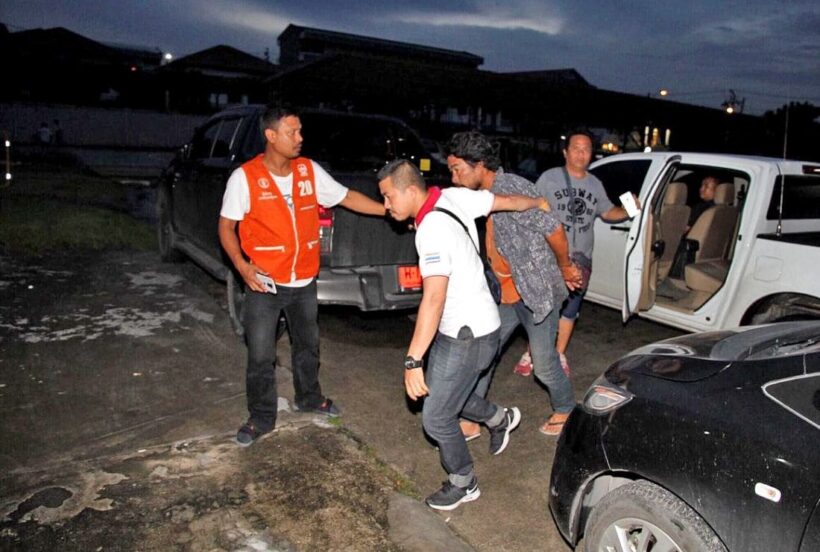 Police have arrested a motorcycle taxi driver for allegedly luring a nine year old girl into a Bangkok temple toilet yesterday in an attempt to rape her.

The alleged incident took place at 5pm at the Wat Yoo Dee Bumrungtham (Wat Or Ngern) toilet in the Saimai district.

The alleged assault was stopped when the girl screamed for help and a monk, armed with a metal bar, managed to rescue the young girl as her attacker fled.

Based on the description they gave, police questioned the accused man who had been previously arrested for marijuana possession. He gave his name as Ae, although he carried no ID.

Ae, aged in his 40s, reportedly told police that the girl hailed his motorcycle taxi to go to her mother’s house in Sukha Pibal 5 area and on the way he made a stop to use the toilet.

He allegedly told the girl to go into the toilet and then locked the door to keep her inside with him while he removed his pants.

The girl screamed and a monk, armed with metal bar, banged on the door prompting the attacker to flee.

Ae, who claimed to be a Suphan Buri native, originally identified himself as 45 year old Panya Kaewwilai but that identity was proven false as it belonged to a 14 year old Thai boy. He eventually admitted that he had never applied for a birth certificate and Thai identification and therefore did not have a Thai ID card, according to police.

Ae has been charged with molesting a minor under 15, taking away a minor from her parents, illegal detention, drunk driving and using illicit drugs (marijuana).

Police plan to present Ae in front of court this Friday for his first 12 day detention order.