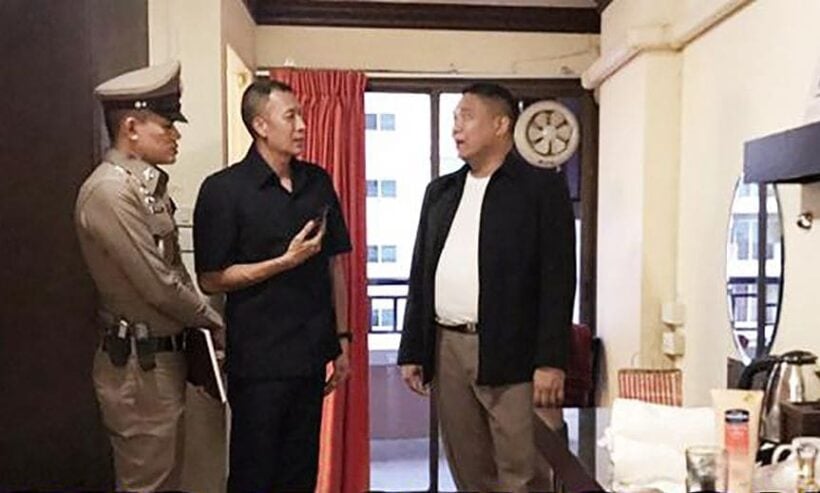 Thai border staff have been alerted after a female Thai jeweller was found bludgeoned to death in a Lat Phrao hotel room yesterday, in the northern Bangkok suburbs.

CCTV indicates that a likely suspect is a South African man seen going into the woman’s room.

Thai Rath reports that 35 year old Susama Reunrit from Kanchanaburi was found wrapped in a blanket on the floor by her bed in her room on the 6th floor of the hotel in Lat Phrao, Soi 130.

She had bludgeoned in the head.

Earlier the cashier had called to the room as it was time to pay. Customer service had contacted a man from the Netherlands who was a friend of Susama in an adjoining room. They used a spare key to enter her room only to find her dead body and call police.

Investigations show that Susama checked into the hotel at 9.50 pm on Saturday night then went out to eat. She returned at 4 am.

At 8 am a 38 year old man called Mzwakhe Memela from South Africa was seen on CCTV going into her room. He left the room at 8.45 am. No one else was seen going in or out of the room.