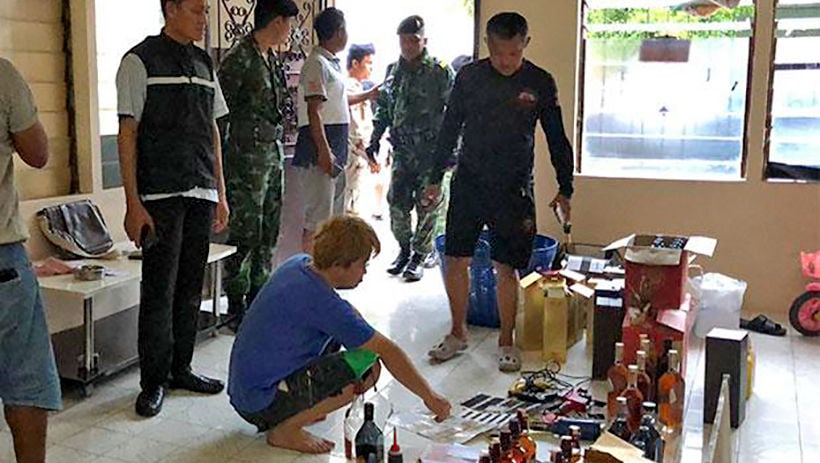 Excise officials have busted a factory in Thailand’s far south that was mixing up brews of fake Johnny Walker Red and Black label whiskey. Police say the man behind the faux booze is a foreigner.

The whiskey was described by officials as “very dangerous” for consumers and was on its way for Bangkok. They warned it could also end up being sold in surrounding southern provinces.

The raid was conducted in Hat Yai, Songkhla, according to the report.

Two women, were arrested as they were preparing to fill bottles, had also tried to remove evidence by burning fake excise stamps and throwing bottles down a drain.

40 year old Sriwat Jaichanalert and 20 year old Amornrat Jaimongkhonwongsa would take delivery of 25 gallon drums of already mixed fake’whiskey’. They’d then bottle it, add labels and excise stamps and arrange for it to be delivered. They told police they were paid 30,000 and 15,000 baht respectively for their part in the scam.

Neither claimed to know the identity of their boss and Sriwat already had an outstanding case of fake alcohol peddling.

A regional excise officer says the man behind the operation was a foreigner without providing any additional information. The two women will be prosecuted and police are continuing the investigation over the matter.