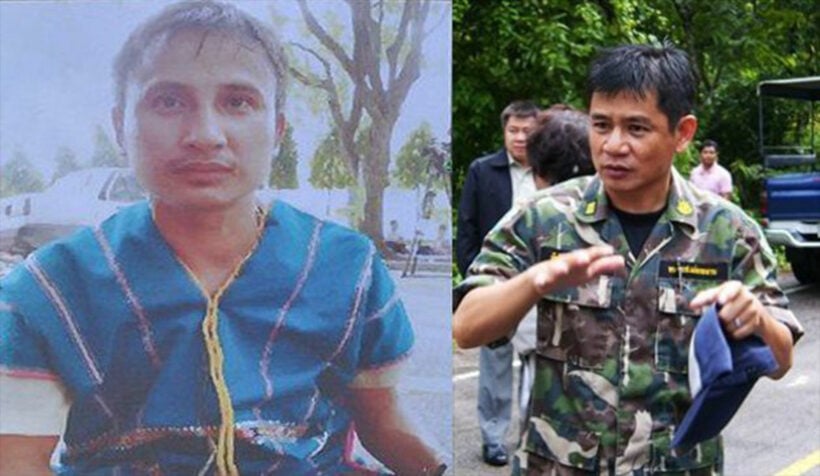 Arrest warrants have been issued for the former chief of a national park and three other officials, for the murder of Karen activist Porlajee “Billy” Rakchongcharoen.

They face charges including robbery and detention. Chaiwat Limlikit-aksorn, former chief the Kaeng Krachan National Park, faces murder charges. Police are preparing for their arrest but say they would welcome their surrender.

Billy was last seen in April 2014 in the custody of officials in Phetchaburi province. At the time of his arrest, he was helping his Karen relatives sue the head of the park for setting fire to their homes and barns.

Chaiwat later claimed Billy had been arrested for collecting wild honey but was released with a warning. He and his team earlier faced a murder charge in the case but were acquitted due to lack of evidence.

Searches earlier this year found a barrel containing charred human remains in the Kaeng Krachan Dam reservoir. DNA tests matched Billy’s mother, leading leading police to believe the bones were Billy’s and that he had been murdered.