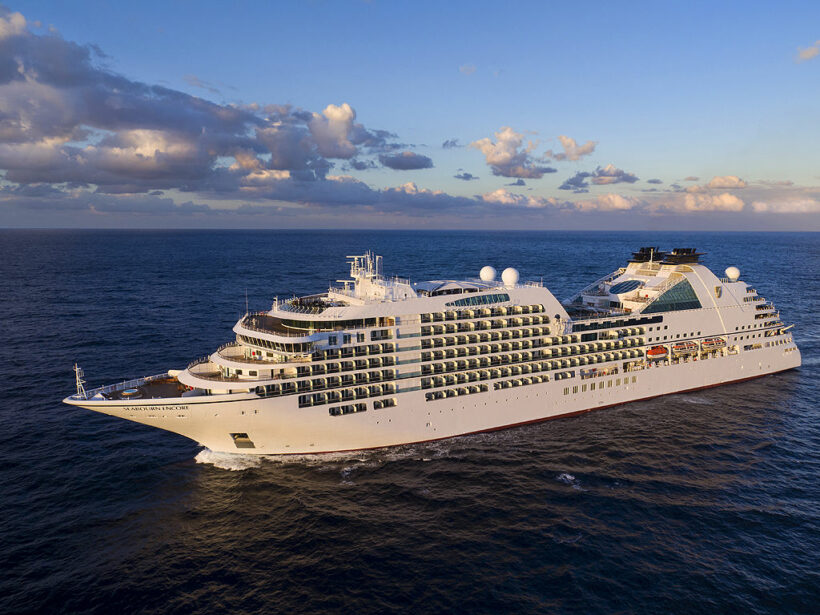 After the Netherlands-flagged MS Westerdam cruise ship was turned away on Tuesday and later escorted to Cambodia, some 4,000 passengers and crew from two cruise ships were allowed to alight in Phuket yesterday, after being cleared of the deadly COVID-19 coronavirus. The Bahamian-flagged Seabourn Ovation anchored at Phuket’s deep-sea port yesterday, returning from Langkawi in Malaysia. The 495  vacationers and 470 staff on board, most of them European, were screened by public health officials before being allowed to step ashore. The head of the Phuket Marine Office confirmed all passengers and crew tested negative. The ship was anchored for just 10 hours before setting out for Singapore.

The Quantum of the Seas, another cruise liner with 3,100 passengers and crew, docked at Phuket’s Patong Pier, and everybody was allowed to alight after they were tested for fever. The ship later continued to Singapore.

Phuket’s governor says the first two months of the year are the peak period for cruise liners, with 17 expected this month and 12-15 next month. A government spokeswoman told reporters that the Seabourn Ovation was allowed to dock in Hong Kong, Vietnam, Laem Chabang in Chon Buri, Koh Kood in Kuala Lumpur, and Langkawi.

Doctors on board the Seabourn Ovation reported that no passengers or crew showed symptoms of the virus, and all were able to be traced as the ship was in port for just 10 hours, unlike the Westerdam, which sought permission for an emergency docking and had already been turned away by four other countries, she said. Since sailing from Hong Kong on February 1, the Westerdam was turned away by Japan, Taiwan, the Philippines, Guam over fears that passengers may have been infected by the coronavirus. 21 Thais are among the passengers and crew.

“Thailand has no policy to ban any ship from docking… but the country now has measures to control disease, and the safety of Thais is a priority.”

“#seabournovation” is trending on Twitter in Thailand as netizens question the apparent double standard applied in the cases of the Seabourn Ovation and the Westerdam.

Meanwhile, Cambodian authorities said yesterday that at least 20 passengers of the Westerdam who have been ill will have their blood tested for coronavirus infection. A police spokesman said authorities are aboard the ship providing medical checks to passengers and crew before they are allowed to disembark.

“We suspect that 20 of the passengers may be infected with coronavirus and their blood samples will be flown to Phnom Penh to expedite matters.”

Coronavirus could cause huge damage to ASEAN economies