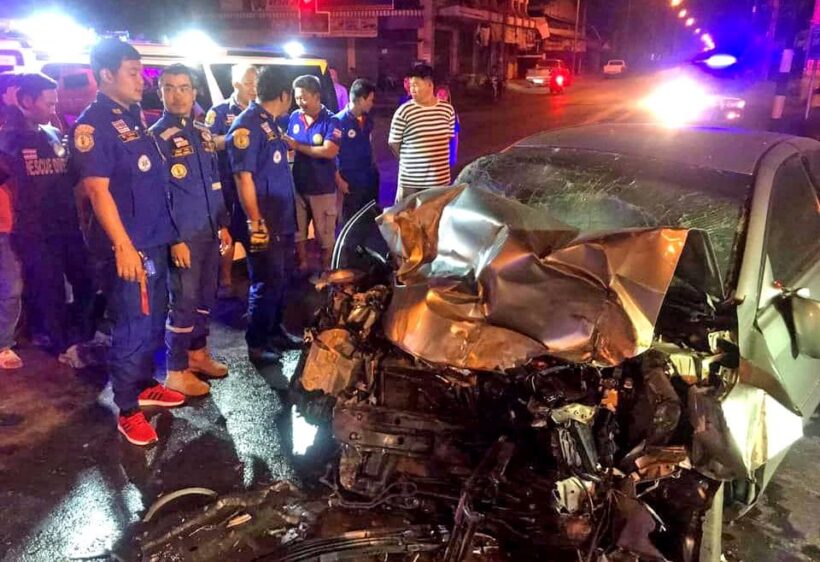 A Dutch tourist is the first official Songkran fatality when his car hit the rear of a trailer truck in Kanchanaburi, in Thailand’s far west, early today.

Police say the accident happened at an intersection on the Tha Muang-Kanchanaburi road in Moo 9 village in Tambon Wang Sala of Tha Muang district at 3am.

The Dutch tourist’s car hit the rear of the trailer truck that was about to clear the intersection. The impact broke his neck, legs and several ribs. Police say Mr. Veeland arrived in Thailand on April 9 and he rented a house in Tambon Tha Lor in Tha Muang.

Police said the traffic lights were in the warning flashing orange sequence at the time of the incident. They speculate that the Dutch man was driving fast and failed to notice the rear of the truck.