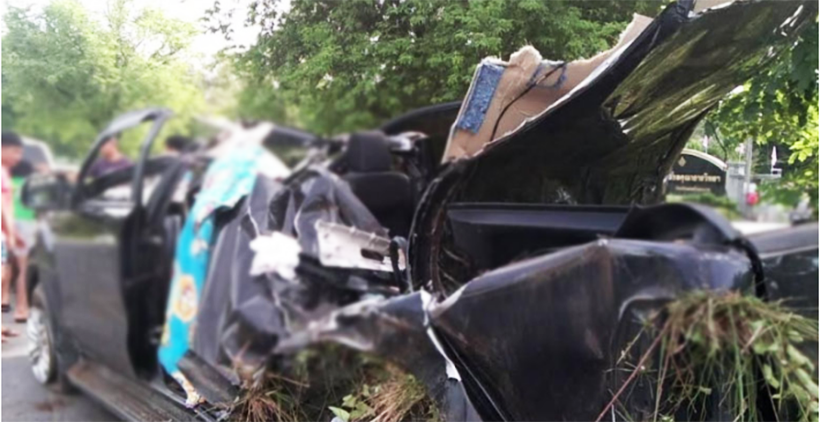 3 people have been killed, one an 11 year old girl, and 2 others seriously injured, after the pick-up they were travelling in collided with a roadside tree. They were all from the same family, driving in a Ford Ranger heading to a family burial. Police say the pickup they were travelling in ran off the road, hitting a roadside tree in Sichon district, Nakhon Si Thammarat, yesterday.

5 members of the one family were among 5 other vehicles who were travelling between Prachin Buri province to Surat Thani and passing through Tha Sala district yesterday morning when the incident happened. Police report that they were taking a dead family member for burial at the muslim cemetery in Ban Nathap, about 40 kilometres away from the scene of the incident.

As they were driving through Thung Prang in Nakhon Si Thammarat, their car ran off the road and crashed into a tamarind tree on the roadside reserve.  A man, a woman and an 11 year old girl all died at the scene. The driver and his father were also seriously injured.

Data from the pickup’s dash cam is being examined by police as part of the investigation.