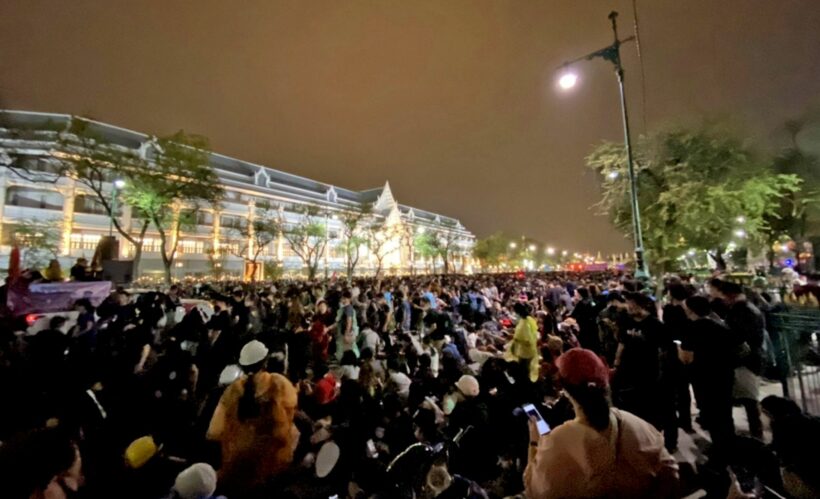 Police turned the water cannons on thousands of protesters again as they marched to the Grand Palace to symbolically deliver hand-written letters to the Thai King. Thai media reports the crowd numbers were up to 10,000 – 12,000. Police say the crowd was around 7,000.

Police used high power water cannons for only the second time after months of mostly peaceful protests to demand greater democracy. This time the cannons appeared to use just water after lacing the water with blue dye when last used at the Pathumwan Intersection in central Bangkok on October 16. Protests claimed the police had added chemical irritants to the water – police denied the claims.

After police had earlier blockaded access to the Royal Plaza and Government House, protesters decided to march to Sanam Luang, adjacent to the Grand Palace. Apart from the deterrent of the water cannons, only used for about 2 minutes, police left the protesters to dismantle another barricade in front of the Supreme Court building where they pushed away old red buses, passenger vans and razor wire to deliver their letters.

The protesters brought large faux red letterboxes, actually large red plastic rubbish bins, filled with hand-written letters for the King and left them near the palace after negotiations with police. 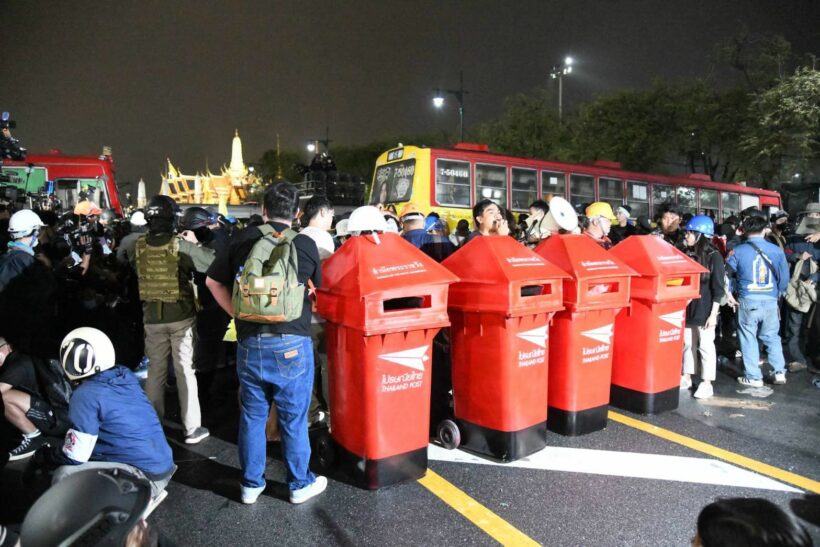 Apart from a ‘door stop’ interview with the Thai King last week, as their Majesties greeted well-wishers after a royal function, the Palace hasn’t made any official comment about the protests or the specific attacks on the Thai King’s preference to live in the German state of Bavaria, or his role in Thai politics.

In a rare moment, His Majesty King Vajiralongkorn described Thailand as “the land of compromise”. The spontaneous comment followed a question called out from the crowd by Jonathan Miller, a correspondent of British broadcaster Channel 4, who was part of an audience of international media invited to sit among a crowd of royalist supporters in front of the Grand Palace.