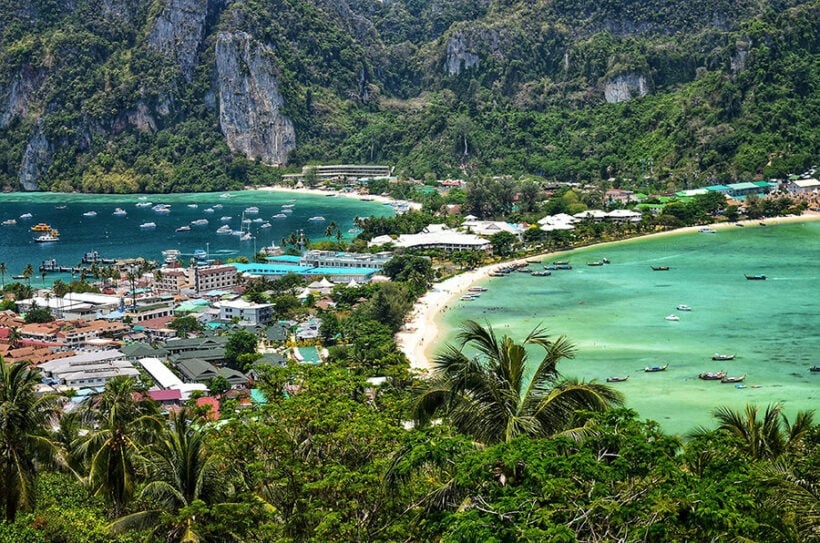 Efforts are underway to trace 290 people who had contact with a Covid-19 patient in Krabi, with officials declaring 79 of them, “high-risk”. The 37 year old man, an Indian national who lives on Koh Phi Phi, tested positive for the virus while undergoing medical tests as part of a work permit application. The Bangkok Post reports that while most of his relatives have tested negative, his wife’s health status is unknown.

Health officials are attempting to contact all those who came in contact with the man, with the investigation spread over the provinces of Krabi, Phuket, Chiang Mai, and Sukothai, after the man travelled to each of those locations recently. It’s understood he is asymptomatic and is being kept in an isolation room at Krabi Hospital.

He originally tested positive on November 4, then tested negative on November 6. Health officials say the negative result could be due to the fact that his earlier positive result showed only traces of the virus. The result would indicate the man contracted the virus some time ago, with an immunity check showing he’d been infected for at least a week or 2, possibly even longer.

Walairat Chaifu from the Department of Disease Control says it’s unclear how the man contracted the virus, given that he has not done any international travel since February.

“The infected person came to Thailand in April 2019, then went abroad in October 2019, before returning to Thailand in February, and has not been anywhere abroad ever since. He opened a restaurant with his wife on Koh Phi Phi.”

Health officials say both the Phuket and Chiang Mai taxi drivers are considered “at risk”, as are the other customers in the Chiang Mai bar. Walairat says those attending the Loy Kratong event in Sukothai are classed as “low-risk” as everyone had their temperatures taken and had to wear face masks. She says medical staff who had contact with the patient are likely to be most at risk.

“We have made appointments for those in the high-risk group to take the test and self-quarantine for 14 days.”

Play 18 holes during your quarantine in Thailand – new STV proposal