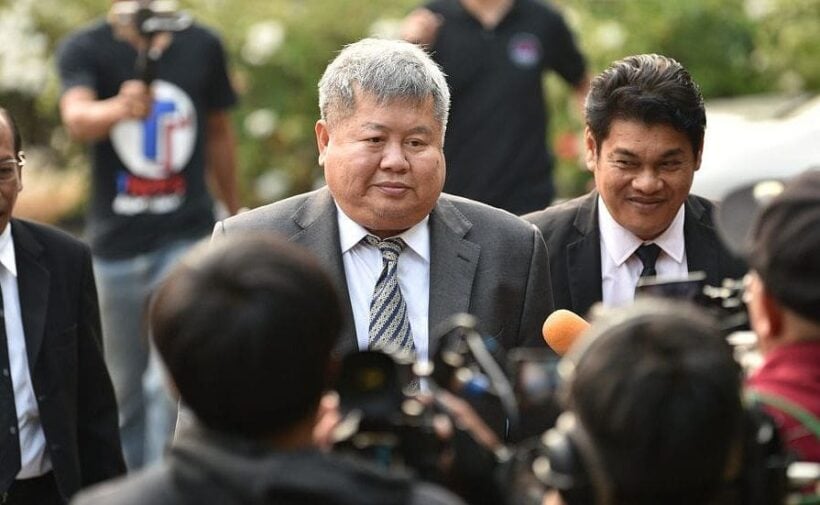 Premchai Karnasutra, the Thai construction tycoon, has been imprisoned for 16 months after the verdict on the long running case was announced in court this morning.

The Thong Pha Phum Provincial Court has sentenced Premchai to 16 months in prison for weapons-related charges and conspiring to poach wildlife. The court found him not guilty of poaching a black panther in the wildlife sanctuary.

Premchai, the boss of Italian-Thai Development, Yong Dodkhruea, Nathee Riamsaen and Thanee Thummat were charged by the Office of Public Prosecution Region 7 in April last year on six charges, acting through prosecutors in Thong Pha Phum.

The charges were filed after the four were arrested by park officials on February 4 of last year in the Thungyai Naresuan Wildlife Sanctuary, in Thong Pha Phum, in possession of firearms and the carcasses of a rare black leopard and other protected animals.