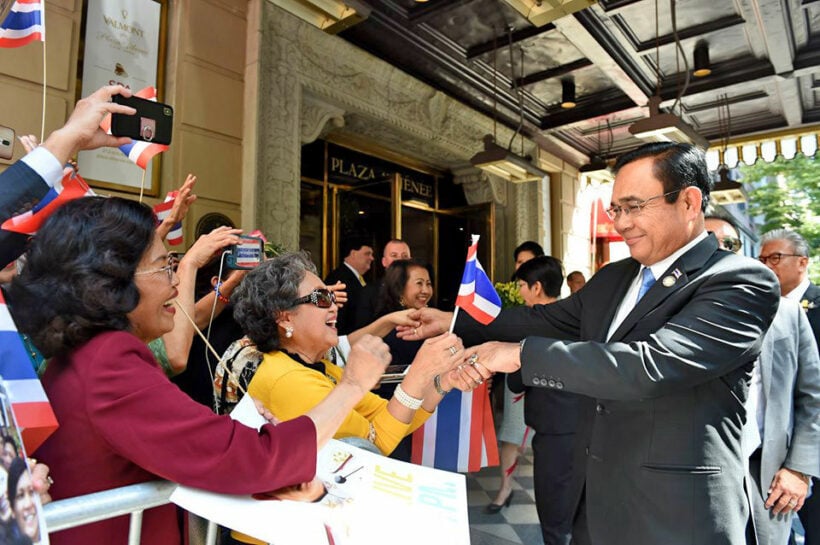 Thai PM Prayut Chan-o-cha has been meeting Thai expats in New York before his attending the UN Climate Summit and other meetings this week.

Prayut and his entourage, including Foreign Minister Don Pramudwinai, arrived at the Plaza Athenee Hotel on the 64th street yesterday around midday on a sunny New York day.

Prayut was welcomed by Nipon Phetpornprapass, the Thai honourary consul for New York, and some 50 Thai officials and expats living in New York, and other nearby states nearby. The expats greeted the Thai PM with shouts when he arrived in front of the hotel.

At 3.30 pm, Prayut met some 150 Thai expats in a pre-planned get-together in a conference room of the hotel.

The PM will attend the 74th United Nations General Assembly and other international meetings this week. 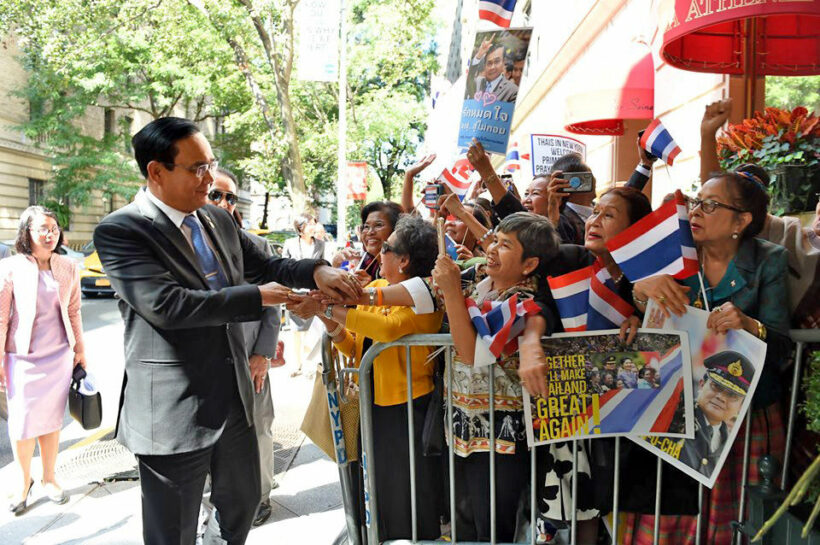 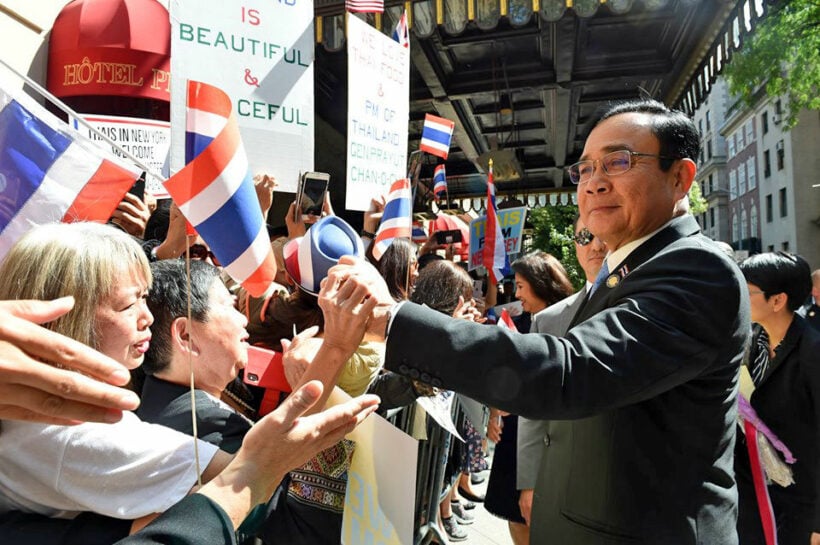 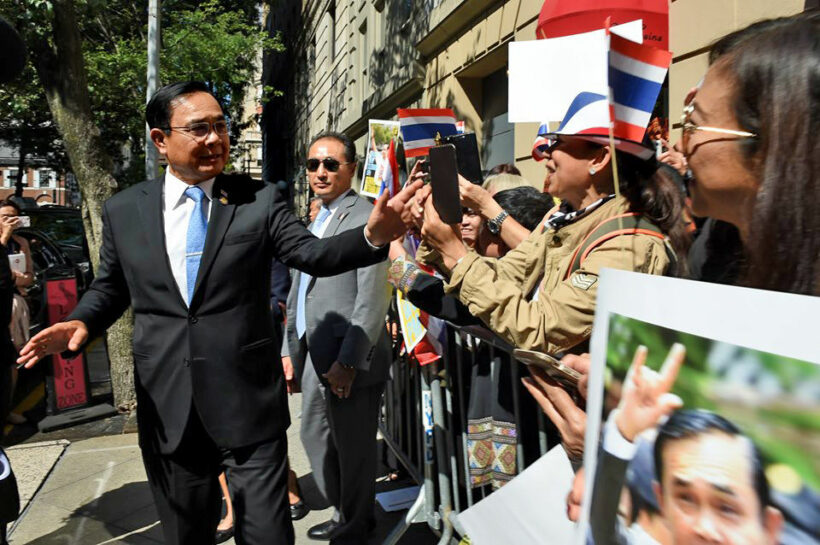 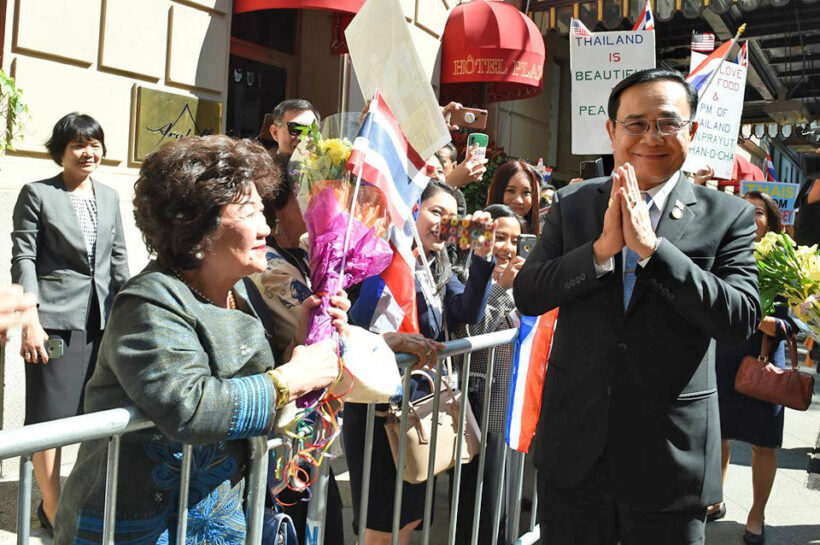