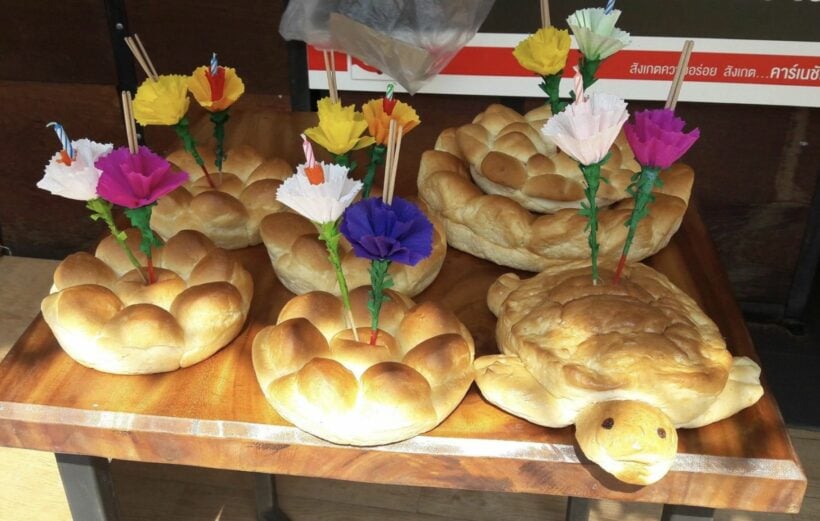 First it was no polystyrene or steel pins. The push was for natural, sustainable ratings as Thais floated away their woes in the annual celebration. Now there is a new warning that the “natural” kratongs, made from bread and edible ingredients, are causing river pollution.

Fish found in the river don’t eat bread and the ingredients have broken down before cleaners remove the krathongs from the waters and along the shores.

Department of Fisheries’ Wichan Ingsrisawang, is asking Krathong launchers, celebrating Loy Krathong Festival this evening, to be careful what they’re pushing out onto Thailand’s waterways. He noted that bread and ice cream cone krathongs have become increasingly popular over the past few years because people believed that fish would eat the au natural krathongs. After years of foam and polystyrene krathongs, held together with pins and plastic cable ties, became a clean up nightmare, authorities urged people to consider more environmentally-suitable components of their floating offerings.

Wichan says that the intention behind edible krathongs is good, “but the truth is that not all fish can eat these ingredients”.

“Even if they can, there are too many krathongs for the fish to eat and they just end up stinking the river.”

The situation is even worse in closed water catchments like temple and school ponds because the food ends up sinking and makes the water rotten over a long period time, killing the fish.

“The only fish that can eat these types of krathongs are herbivorous fish while thai rivers often have a lot of predatory fish including catfish and snakehead fish.”

“If you intend to use edible krathongs because that is what you prefer or the kratongs have already been purchased then it is best to float them in open waters.

The best materials for a krathong are natural, plant-based products like banana tree trunk, spider lily plant, banana leaves, flowers, and wooden sticks to join all the materials. In the past krathongs were made from natural materials but the banana tree trunk later became replaced with polystyrene and foam and the krathongs decorated with plastic, sharp needles, and other  materials that don’t break down and cause pollution and a dangerous, unsightly mess. 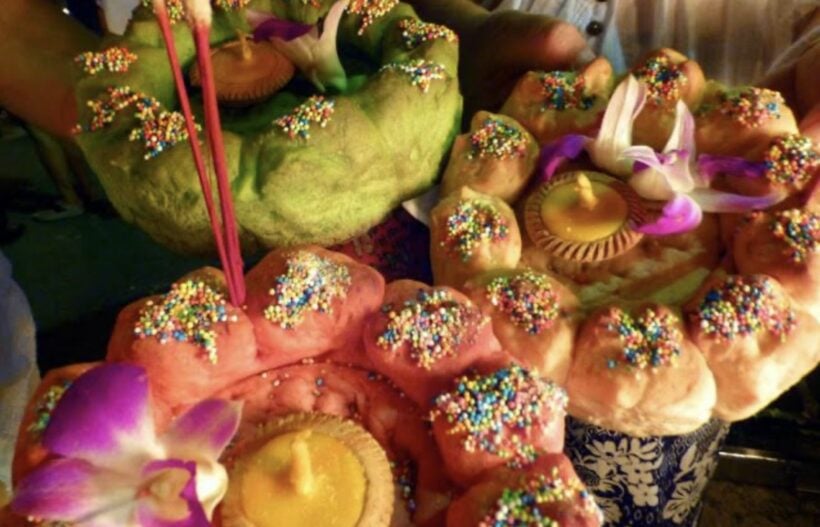 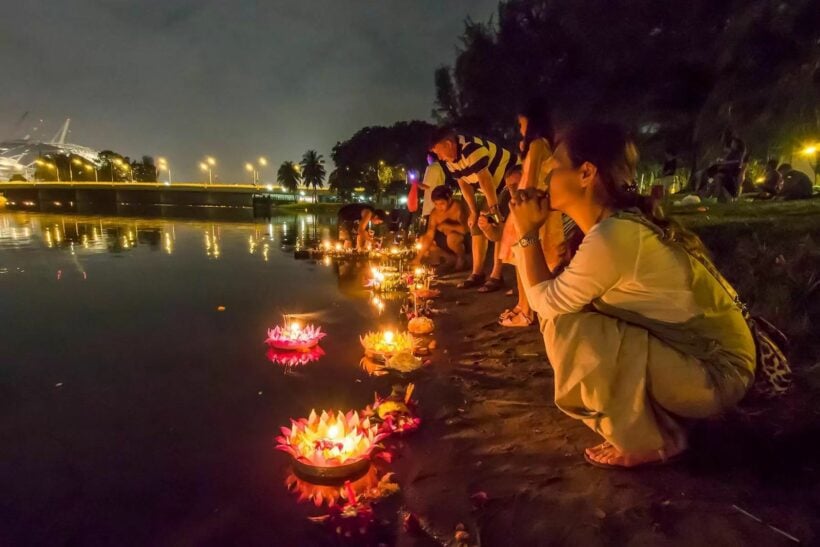