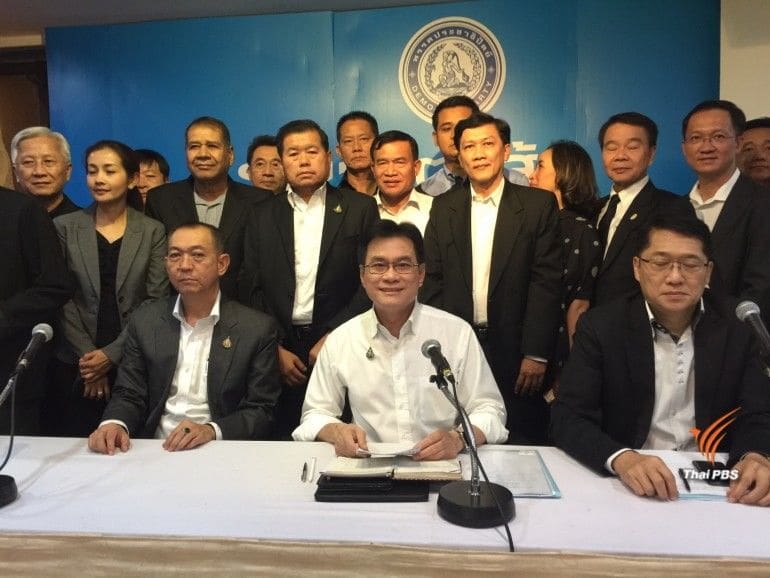 The Democrat party has decided, following a fierce debate late yesterday, to join the Palang Pracharat-led coalition government. They cite ‘ending political uncertainty’ and ‘switching off’ the power of the junta, according to new party leader Jurin Laksanavisit.

As the new parliament sits and votes on a new Thai PM today, the NCPO automatically dissolves once the new government has been given royal assent.

Former Democrat party leader Abhisit Vejjajiva spent about an hour trying to swing the vote into forming an independent opposition. But, when it came to the vote, the idea was defeated in favour of joining the coalition.

The other potential coalition partner, the Bhumjaithai party, which has been waiting for the Democrat party’s decision, said they will follow in the Democrats’ footsteps.