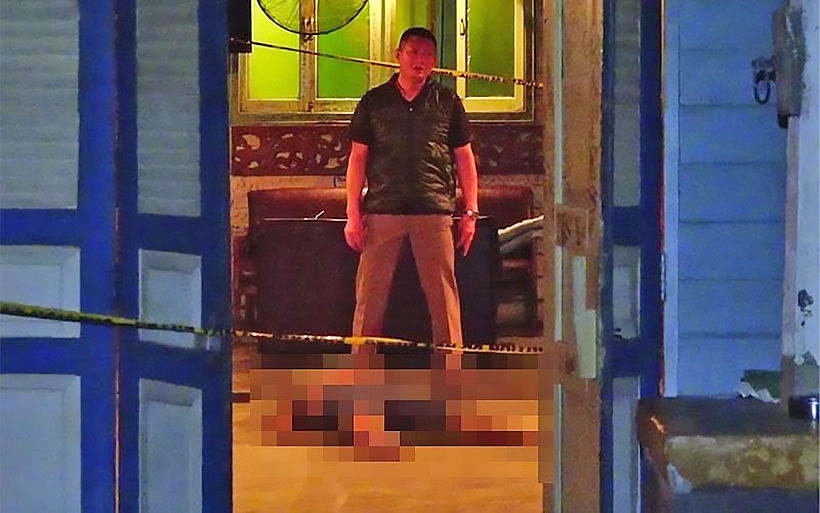 A security guard at a pub in Koh Samui has allegedly opened fire on guests yesterday, killing one and injuring two. The shooting was the result of an argument over a group of men who were allegedly bringing in drinks from outside.

42 year old Kongkiatkorn, also called “Yant”, died at the scene. He had been shot in the head and cheek. Pongsakorn or “Ort”, also 42, was hit twice in the chest and once in the chin.

The alleged shooter has been identified as 37 year old Surasak or “Net”,a security guard at the bar. He was hit behind the ear by a gunshot but managed to ride away on a motorbike. He later surrendered to police who escorted him to hospital.

Suasak told investigators that, prior the incident, he had warned a group of six that they were not allowed to bring alcohol from outside the establishment. An argument started after he repeated his warning.

Surasak said that the dead man, Kongkiatkorn, attacked him with a beer bottle, and he responded by firing a .38 calibre pistol. Then one of Kongkiatkorn’s friends opened fire too, so he also shot him.

Both injured men remain under police guard in hospital. Pongsakorn has been charged with murder, attempted murder and weapons offences.