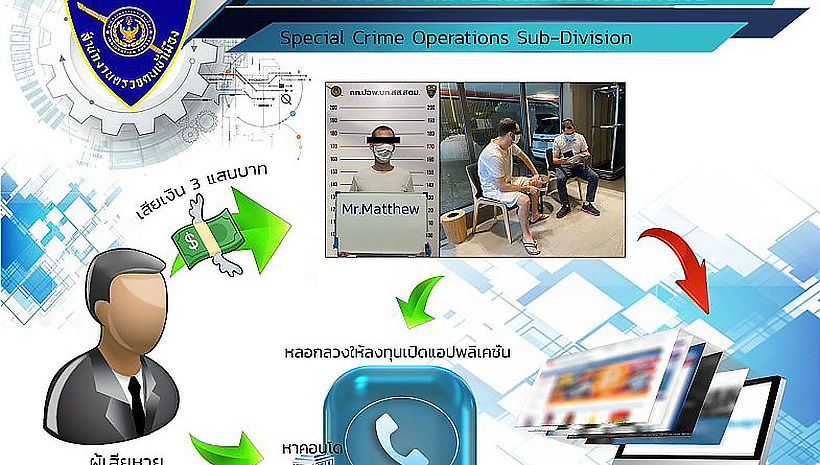 An American man in Bangkok has been arrested and faces charges of defrauding a Thai investor out of 300,000 baht. Immigration police arrested the 37 year old for allegedly conning the victim into investing in an application to search for condominiums, jobs, cleaning and other services.

The man, identified only as “Matthew”, was arrested under a warrant obtained by immigration officials, after they received notification from Lumpini Police Station about a Thai investor who “lost money to a foreign man.” The victim was enticed to register a company to create an application to help users find condominium rooms, jobs, maids, babysitters and other services.

The victim became interested in the opportunity and invested 300,000 baht, but after the money was handed over, no company was registered as promised.

The victim says he repeatedly asked the suspect where his money went. The man reportedly claimed that it was used to create an adult video website, but gave no details as to website’s address.

Officers collected evidence and submitted it to the court for an arrest warrant. Investigation showed that the suspect was hiding at a hotel in Bangkok. He’s now in custody and awaiting prosecution. 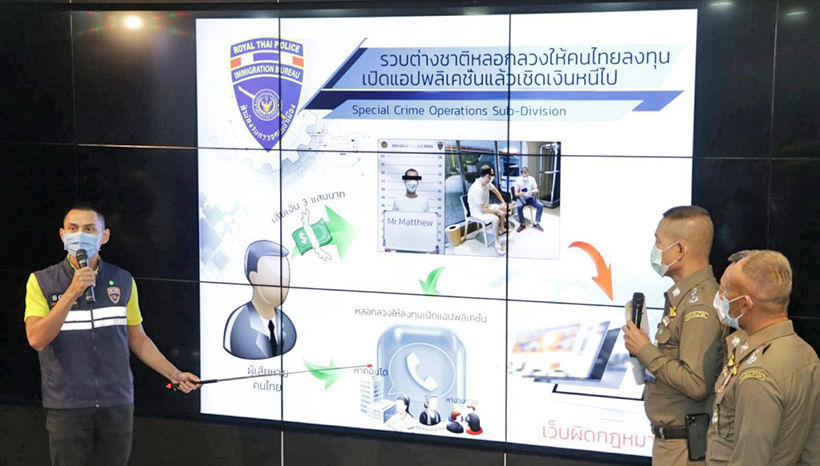