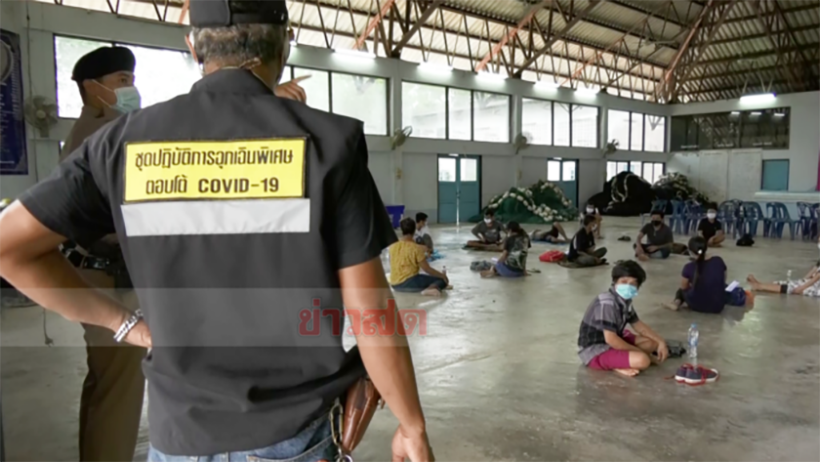 4 pregnant women are among 32 Burmese dumped in a forest in the southern province of Chumphon after being illegally trafficked into Thailand. It’s understood the group had all been working in Malaysia until the Covid-19 crisis erupted and they lost their jobs. Thai Residents reports that they pooled all the money they had to engage a human trafficking gang to help them cross into the Kingdom, paying the traffickers 20,000 baht per person.

It’s understood the victims were hoping to eventually reach their home country of Myanmar by passing through Thailand. The group was smuggled into Thailand at the Sadao border in the southern province of Songkhla, with plans to cross into Myanmar at the Ranong border. However, on arrival at Chumphon, the traffickers realised there was an immigration checkpoint in place and instead, lured the group into a palm plantation, where they abandoned them.

A villager subsequently found the group, with the village chief notifying the police. The group is now being quarantined and tested for Covid-19, with 6 men and 1 woman found to have a high fever. The 7 have been separated from the rest of the group and sent to Chumphon Khet Udomsak Hospital.

In total, the group consists of 24 males and 8 females, 4 of whom are pregnant. All are between the ages of 21 and 47 years old and now face prosecution for entering the Kingdom illegally. Officials have also launched an investigation to find the traffickers.