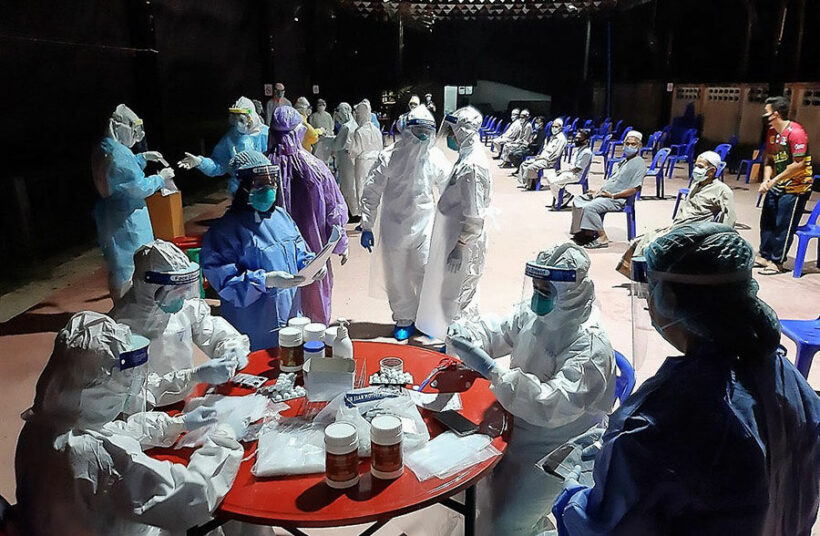 Health officials in the southern province of Narathiwat have sealed off 9 villages after 3 confirmed cases of the Covid-19 variant first detected in South Africa. Opas Karnkawinpong from the Disease Control Department says the villages in the Tak Bai district have been closed off to prevent the virus spreading further in the province. The district sits across the Kolok river from the Malaysian state of Kelantan.

According to a Bangkok Post report, the B.1.351 was imported by a Malaysian woman who crossed the border illegally with her son and mother-in-law to visit her husband, during the period April 12 – May 4. Her 32 year old husband subsequently tested positive for the strain. It’s understood his wife has since returned to Malaysia and there has been limited information about the other confirmed cases of the variant.

In February, a Thai citizen recently returned from Tanzania became the first person to test positive for the variant. The 3 cases reported over the weekend in Narathiwat are believed to be the first cases of community transmission of B.1.351. Opas says the variant is concerning, given its apparent resistance to vaccines. However, he emphasises that vaccination against the virus remains vital.

“We are paying attention to this strain due to its better resistance to vaccines compared to other strains.”

Meanwhile, Taweesilp Visanuyothin from the Centre for Covid-19 Situation Administration says border officials are stepping up patrols and increasing the number of checkpoints away from the border in order to apprehend illegal migrants as they move further into the country.

Suan Dusit Poll: most people will get gov’t Covid-19 vaccine