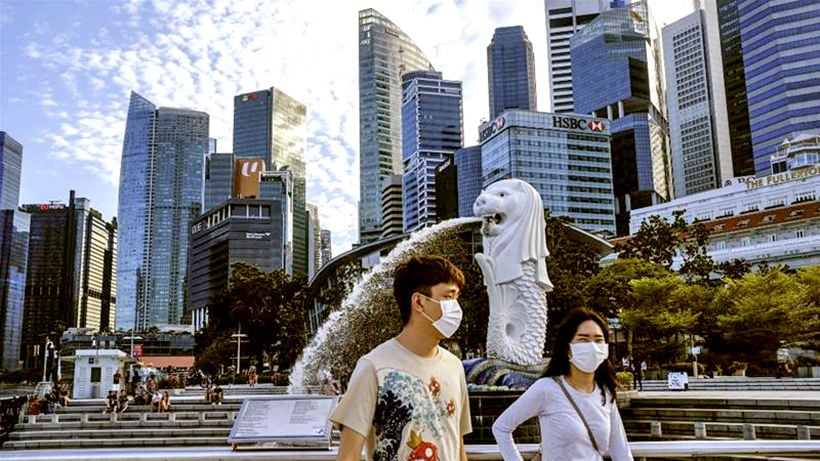 Singapore was a paragon of coronavirus containment. Covid-19 was under control in the island state. Case number were flattening out. But the virus has made a resurgent return with the previous ‘flattening’ of new cases now spiking.

As Italy, Spain, the UK and US founder under a seemingly relentless pandemic, despite lockdowns and best intentions, several Asian nations stand out as sources of hope.

Singapore, Hong Kong, South Korea, Japan, Taiwan, even Thailand, have had a relatively good record at containing wildfire spread of the virus. It appears that these countries heeded hard lessons from the 2002/2003 SARS virus outbreak. In most cases they responded relatively swiftly and appear to be better stocked in PPE and essential mediations.

Singapore won international recognition for establishing “best practice” in community pandemic control in mid February when the virus was still in its early phases outside of China’s borders. 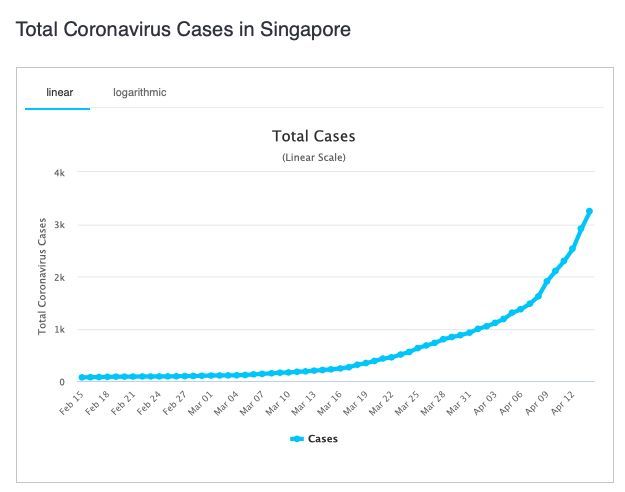 Whilst the first wave of cases appears to have been mostly among returning travellers, the virus is now beginning to break through well planned social-distancing protocols, contact tracing and medical defences.

Singapore’s officials say that with airlines, trains and cruise ships now sitting idle, there were hopes that the virus was being contained. But whilst they basked in the glory of their early success, Covid-19 was quietly spreading among the island’s communities.

Now, its relentless exponential growth is raising fears of a second, bigger wave of new cases spread almost entirely within the island community.

“But looking at the trend, I am worried that unless we take further steps things will gradually get worse, or another big cluster may push things over the edge.”

In the first wave of cases, most of Singapore’s arrived from overseas. But, this time people are catching the disease locally with few links to other victims. But Singaporean authorities have traced much of the new surge to three new ‘clusters’ of infection.

Two are in residential dormitories. The third is based around construction site. But contact tracing is yet to determine where many of the the new cases came in contact with Covid-19.

Residents are being told to stay at home and not to mix with people outside their own households. Going outside is limited to buying groceries or takeaway food, or socially-distant exercise in parks only.

Schools and universities will also now be shut down, as will non-essential businesses.

And the city will stop discouraging its citizens from wearing masks.

Singapore, Hong Kong, South Korea, and Japan have all tightened their social distancing regulations in the past week. New immigration controls are being enforced. Returning citizens are being quarantined for 14 days, and those suspected of having been exposed are being tracked via smartphone apps.

It’s all an attempt to choke a second wave of Covid-19 infections before it can overwhelm their healthcare systems. Japan initially seemed to be on top of the pandemic. It has now declared a state of emergency.