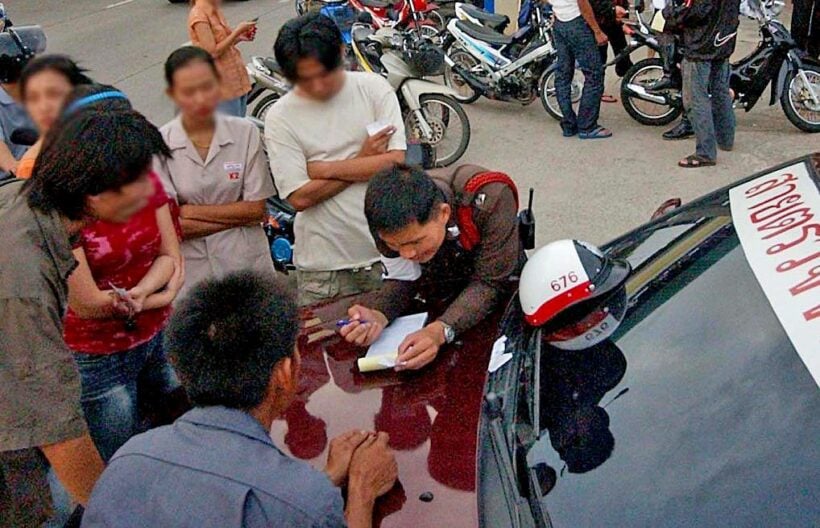 Heavier penalties for drink-drivers and repeat offenders on Thai roads are under scission between traffic police and other agencies.

Maj-General Ekkarak Limsangkatt, a member of the committee reviewing of traffic-law enforcement, is calling for harsher punishments in line with the Japanese model that penalises both the drink-driver and any passenger who “abetted the wrongdoing.”

Ekkarak was speaking after a meeting at the Royal Thai Police headquarters in Bangkok.

Among proposals discussed were the issuing of traffic tickets and harsher sentences for repeat offenders based on evidence gathered by Police Ticket Management over the last three years.

Yesterday’s meeting was told that 11.7 million traffic tickets had been issued in 2018, a 39 per cent rise on the 8.6 million the year before.

One was a driver of a cargo truck who received no less than 144 tickets in a single year, for repeatedly speeding and failing to stay in the slow lane reserved for trucks. He was caught by traffic cameras.

A total of 1,507 drink-driving repeat offenders were arrested in the past four years, the meeting was told.

Ekkarak said the findings showed drivers were insufficiently afraid of the law and the consequences of breaking it. He said a legal amendment to the 1979 Land Traffic Act, which should soon be in effect, would introduce a points system to deter motorists from re-offending.

He said such a points system would not have worked in the past because all drivers’ licences were paper-based, meaning the police and Department of Land Transport could not cooperate to catch offenders.

“This new law will require the two agencies to link databases and online information so the driving-licence points system is implemented effectively and practically,” he said. (The Thaiger thought this had already been done!)

The meeting also heard a proposal that motorists with multiple tickets be allowed to pay them off in a lump sum for a discount, in order to clear the backlog of unpaid tickets.

Some election results out by 8pm Sunday night