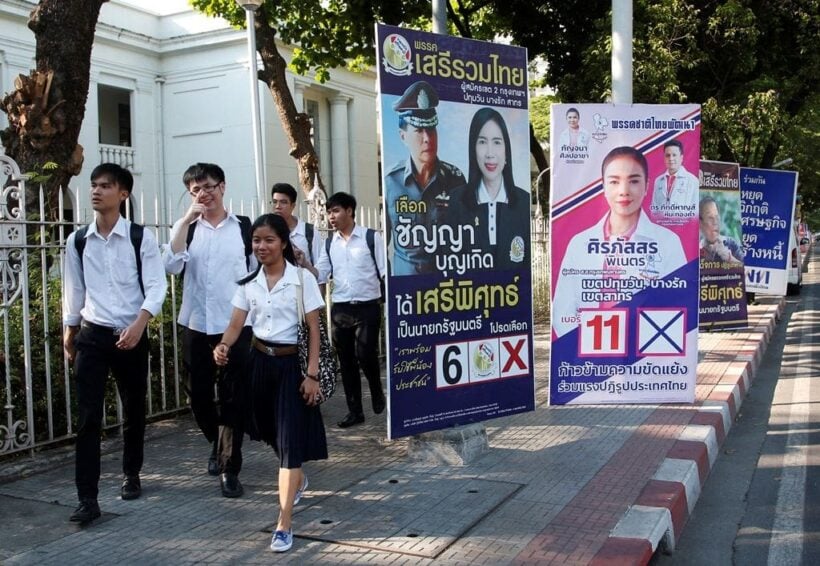 More than 92,000 polling stations will be operating this Sunday for the national poll to elect a new Government. Seven million new voters, eligible since the last poll in 2011, will make a new impact on the election results making predictions more complex than in the past.

Election results will start dribbling out of smaller polling booths just an hour after voting in this Sunday’s national election.

Voting will close at 5pm on Sunday, according to the Election Commission.

The EC secretary-general Jarungvith Phumma says results can be expected in less than an hour from smaller polling stations, adding that unofficial results from at least 95 per cent of the polling stations should be ready by 8pm on Sunday.

These results will reveal the number of constituency seats won by each party, but figures on party-list seats will not be released until after the EC has officially endorsed the election results, Jarungvith added.

“The agency will not do the calculations to find out the number of party-list MPs on Sunday. Also, numbers may change, especially if by-elections are required or if ballots need to be recounted in some areas. We can only reveal the results once we have endorsed the votes,” he said.

A private group led by rights watchdog iLaw have launched the vote62.com website to serve as a platform for updates on election results and as a means to prevent fraud during the counting of ballots.

Those participating in ballot counting can take photographs of the counting board and post the pictures on the website, while those keeping track of the vote-count on TV or online platforms can enter tallies or upload photos on the website.

The group said the results displayed on the website will later be compared by the official results released by the EC to ensure transparency.

Meanwhile the Health Department is issuing tips advising voters to get at least six hours sleep before casting their vote.

Voters are being urged to wear light clothes because the temperature on Sunday is expected to rise up to 40C in central and northern parts of the country and up to 35 or 36 in southern areas.