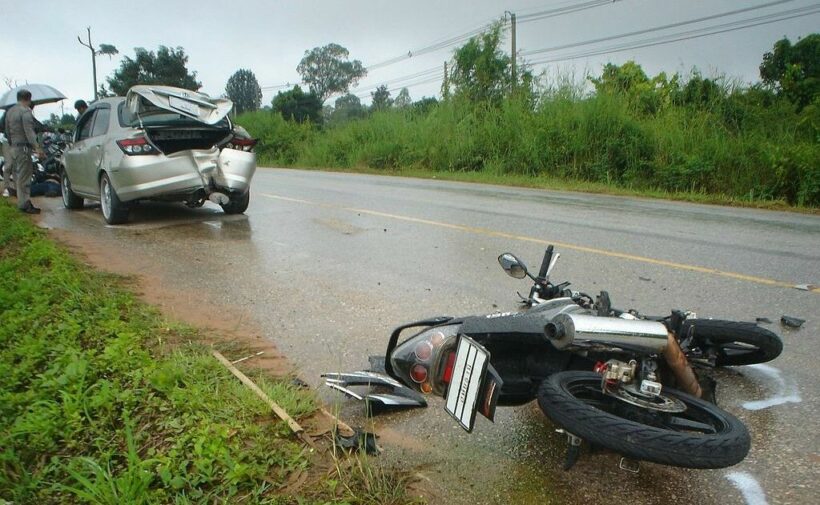 A draft amendment to the Land Transport Act has received approval by the House Committee on Transport, according to an MP from the Chartthaipattana Party. Nikorn Chamnong, who chaired the panel, says the amendment seeks to increase fines for traffic offences and could be enacted by July. The amendment now goes before the Senate, which is expected to approve it by January 31. Once that happens, it will be returned to the House and will need to wait 120 days before being published in the Royal Gazette.

The Bangkok Post reports that the amendment seeks to increase penalties for offences such as failure to observe traffic signs, including pedestrian crossings, from 1,000 baht to 4,000 baht. It’s understood the committee is working on additional safety rules, in particular concerning speeding, and wants to see tougher laws around the use of big bikes.

Road safety, and in particular the safety of pedestrians, hit the headlines after a Bangkok doctor was killed by a big bike as she used a zebra crossing last Friday. Dr Waraluck Supavatjariyakul died when she was struck by a Ducati bike being ridden by off-duty police officer Norawich Buadok.

The Bangkok Post reports that forensic tests will determine the speed at which Norawich was travelling at the time of the incident. Jirasant Kaewsaeng-ek from the Metropolitan Police Bureau says he expects the result today.

Meanwhile, less than a week after Dr Waraluck’s death, another pedestrian on a zebra crossing has been killed by a speeding motorist. The incident happened on Wednesday evening, in the central province of Samut Prakan. 33-year-old Burmese national, Win Mar Soe, was crossing the road in the Bang Phli district when a pick-up truck ploughed into her. The driver, Montree Poolslip, has been charged with reckless driving, with police saying he could also be charged with failure to stop for others.

According to the Bangkok Post, Montree says he was driving in the far right-hand lane when the woman stepped out from the central reservation. He admits he was driving too fast but says the pedestrian crossing was not very visible and that’s why he didn’t slow down.