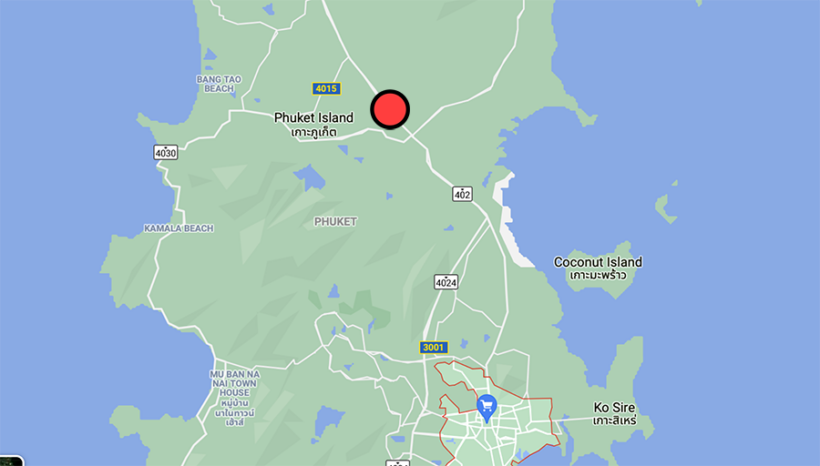 Three people in a speeding car in Phuket were injured early this morning, and one man even flew out of the car when it crashed into a guardrail. The man’s head hit a potted plant on the pavement, and the car kept spinning until it hit a power pole. The man who flew out of the car, a passenger, was seriously injured. The driver had chest and head injuries, and the other passenger injured her left leg. All were taken to the hospital in an ambulance. The car was highly damaged.

Police are investigating the accident. They will then take legal steps. Srisoonthorn Municipality workers used lime and sand to cover the engine oil on the road to prevent further accidents. The accident happened in front of a Yamaha motorcycle dealership. Speeding continues to be a problem on Thai roads. One motorcyclist who killed an eye doctor in a recent highly publicised case had been speeding at 80 kilometres per hour when he hit the doctor.

cherryripe64
One man even flew out of the car when it crashed into a guardrail😵 Will this passenger be prosecuted for leaving the scene of an accident ..🤔

Lyp14 [ctxa]
I love speeding, but Phuket is simply not the place. In Phuket 5km/h above the speed limit is already too much, in fact they should lower the speed limit in that place. Roads are awful, and crowded.... If you wanna…
jo.loit
The only thing that would help to slow down these „pedal to the metal“ characters is to refit cars here with solid rubber tires and suspensions welded to the car frame.
Santa
19 hours ago, Cabra said: Seatbelts save lives, and prevent you from being ejected... Not necessarily as per this case. Quote seat belts reduce the risk of death by 45%, and cut the risk of serious injury by 50%

Cabra
44 minutes ago, Santa said: Not necessarily as per this case. We'll never know