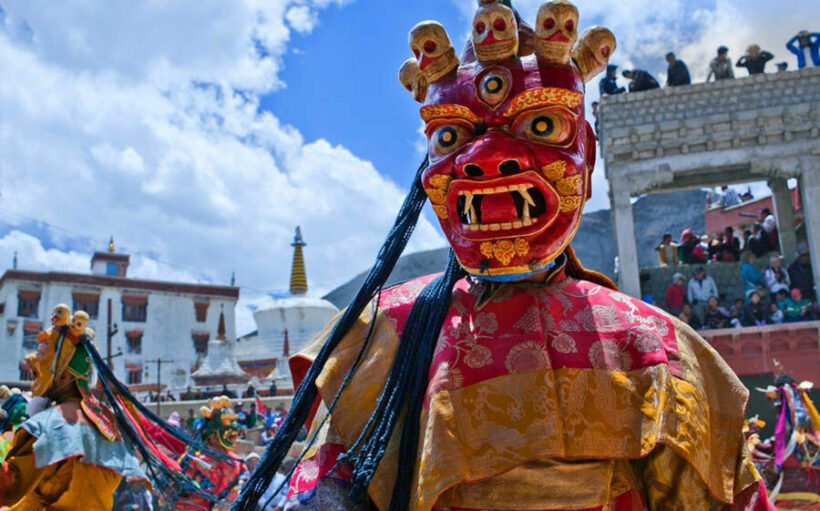 As the dust settles on this year’s somewhat muted New Year celebrations, some Asian countries still have their own festivities to look forward to. And it’s not all fireworks and drunken parties – in Asia, the dawn of a new year is seen as a time to celebrate family and good fortune, while washing away the bad luck of the previous year. Let’s face it, we could all do with some of that right now.

The date of the Chinese New Year is determined by the lunar calendar and takes place in January or February each year. Legend has it that Chinese New Year originally started with a battle against the fabled beast, “Nian”, part bull, part lion. It’s said that Nian appeared in China on what was to become New Year’s Eve. Local residents discovered the beast was afraid of fireworks and the colour red, and thus the traditions associated with Chinese New Year were born. Today in China, red lanterns are hung in the streets, while people dress up as dragons and lions. Special noodle dishes are eaten as a symbol of a long life and children are given little red envelopes containing money, in order to encourage good fortune for the coming year.

The Korean New Year is usually celebrated at the same time as its Chinese counterpart, apart from a rare occurrence every few years, when both holidays are separated by a day. As a new lunar month begins when a new moon appears, and Korea is an hour ahead of China, it may already be the following day there if a new moon occurs at midnight. Koreans celebrate their New Year holiday by wearing traditional costume, known as the hanbok, while coming together for a prayer to their ancestors, known as the charye. By eating the traditional dish, eumbok, Koreans believe they will receive their ancestors’ blessings. The younger generation also pay their respects by bowing to the elderly and receiving a gift of sebaedon (New Year’s money) in return.

The Vietnamese New Year usually falls in late January or early-mid February and also revolves around family get-togethers. Reunions will often see relatives come together to welcome the spirits of their ancestors over dinner. Traditional dishes include rice cakes filled with beans and pork and known as bánh chung. The Vietnamese also eat a bamboo shoot soup called mang, and place flowering peach trees in their homes, as a symbol of good luck. It is traditional for Vietnamese overseas to send money home to their families during the holiday.

The Tibetan New Year is celebrated over 3 days in late January or February. Tibetans eat a dumpling soup, known as guthuk, while deploying firecrackers and waving straw torches to scare away bad spirits. Animal offerings are placed in household shrines as a gift to the gods, and colourful prayer flags displayed as symbols of peace, compassion, and wisdom.

Okay, Bali is not a country, but it does have its own new year celebration, known as Nyepi, which takes place in March. In the period before Hindu New Year, Balinese residents can be seen parading through the streets with evil-looking effigies known as ogah-ogahs, while beating each other with coconut husks to scare away any evil spirits. On the day of Nyepi, contrary to the noisy firecracker celebrations seen in other countries, Bali goes silent. The whole place shuts down, with a ban on lights, cars, and working. Residents are expected to spend the day meditating in silence. Some say this tradition stems from an ancient belief that the silence would trick unwanted spirits into believing everyone had left, in the hope they would too.

A familiar holiday to many Thaiger readers, Songkran, or Thai New Year, takes place from April 13 – 15 each year. The word songkran comes from the Sanskrit word for passing, or moving into, and means the beginning of a new solar year. Thais believe water can wash away the bad luck of the past year and one religious ritual associated with Songkran involves pouring water over Buddhist statues. Another ritual involves giant water fights, in a huge, nationwide party that normally attracts tourists from all over the world. April 14 is known as Family Day and is when people come together to spend time with their loved ones. On the following day, Thailand’s Buddhists will visit temples to offer alms and make merit.

Good things that happened in 2020