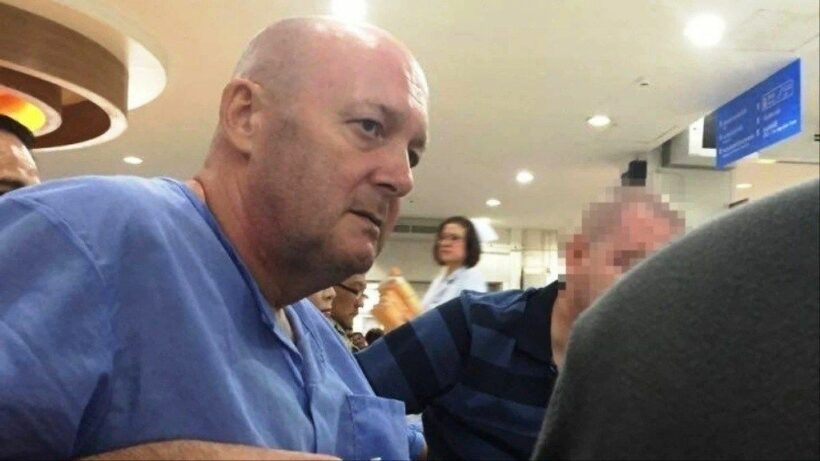 A Dutch citizen who was jailed for 100 years in Thailand, is now on his way home after years of campaigning for his release. His sentence was reduced to 75 years on appeal and later to 50 years by the Supreme court. Johan van Laarhoven, who ran several cannabis “coffee shops” in Holland, was jailed in Thailand for money laundering, along with his Thai wife, though the offences took place in The Netherlands.

Thai authorities began investigating Van Laarhoven in 2014 after a letter from a Dutch public prosecutor’s office, informing them that he had earned his money selling marijuana and requesting their help. Last year, MPs called on the government to to extradite Van Laarhoven and his wife back to Netherlands. The Dutch justice minister even met with PM Prayut Chan-o-cha and the Justice Minister Somsak Thepsutin to discuss the case.

Even though cannabis is legal in the Netherlands, Dutch officials bungled a tax query to Thai authorities regarding the sale of the Dutchman’s cannabis cafe chain. This led to a criminal investigation and his televised arrest in Thailand.

Thai authorities seized the Dutchman’s assets and he was sentenced to 100 years in prison. His young Thai wife, Mingkwan, was jailed for 13 years as an accomplice. The Netherlands has an extradition treaty with Thailand, but it can only be implemented after a case has been ruled “definitive.” Van Laarhoven’s sentence was upheld late last year, clearing the way for a diplomatic solution. It’s unclear whether his wife will be allowed to join him in the Netherlands.

Once back, Van Laarhoven will spend two years in a Dutch jail to complete his sentence, and also face criminal investigation for money laundering. The investigation will focus on tax fraud, membership in a criminal organisation and laundering €20m (675 million baht) according to a Dutch public prosecutor.

Piyabutr acknowledges that Future Forward will probably be disbanded