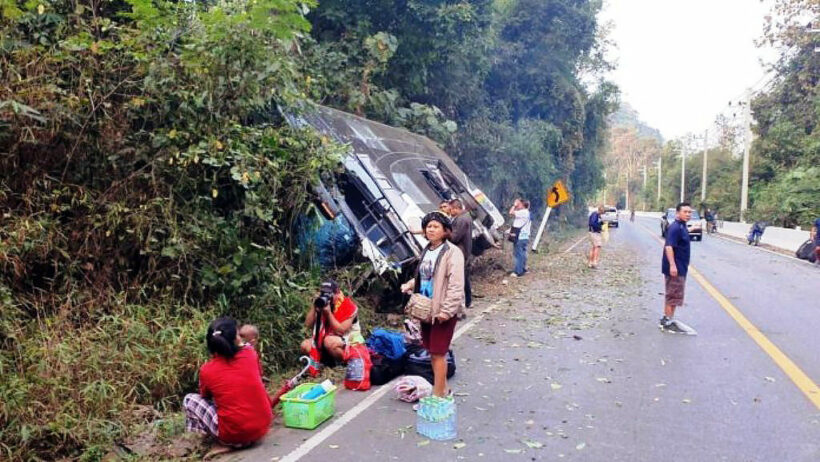 Eight people are injured, one seriously, after a tour bus crashed in northern Thailand’s northern Nan Province yesterday morning. The bus skidded into a mountain slope at a curve in the main city district. Thai media report that the bus was found lying on its side when police and rescue workers arrived at the scene.

The 32 year old driver, Yutthapong Yangklang, was badly injured, while seven passengers sustained only minor injuries. All were given first aid before being taken to hospital. Police say the bus was using GPS to navigate but somehow the system incorrectly guided it to Ban Luang district.

The driver turned around to correct his course and head for the city, but on the way to Pua district, while driving alongside a mountainous slope, the bus experienced ‘brake failure’ on a sharp curve. The driver swerved right to stop the bus, but hit the slope.

Police have advised visitors travelling to Nan to ask directions from local residents, or to consult relevant agencies about routes if they are unfamiliar with the area, as the route can be confusing.