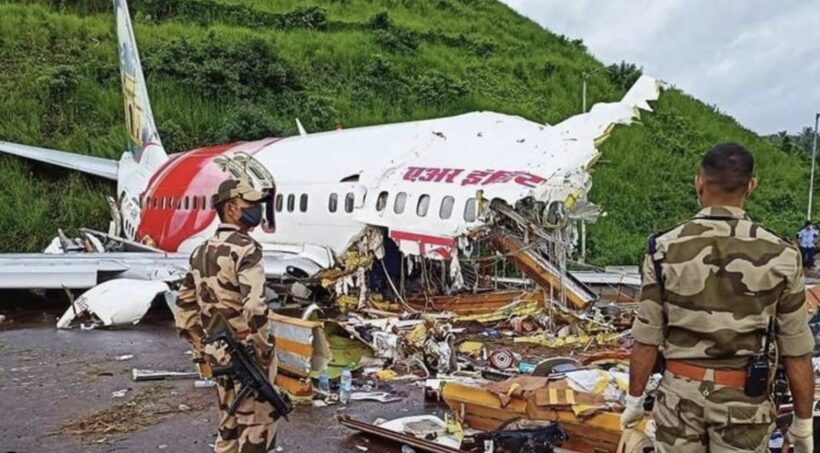 4 children have now been identified among the 18 people who died when an Air India Express flight crashed in the southern Indian state of Kerala.

16 passengers and the 2 pilots died after the passenger jet broke in half early Friday evening, Indian time, as it overshot and skidded off the runway when it tried to land in southern India. Dozens were also injured, 15 of them seriously. All sixteen passengers that died were residents of Kerala. Details from the passenger list from Flight IX-1344, released by Air India Express, indicate the youngest casualty was only 1 year old. The oldest passenger to have died was 61.

The Central Industrial Security Force has directed its personnel to go into quarantine as a precautionary measure after at least 2 passengers of the flight had tested positive for Covid-19.

The Air India Express Boeing 737 from Dubai, a coronavirus repatriation flight, plunged down a slope in heavy rain on its second attempt to land in the southwestern city of Kozhikode, aka Calicut.

Television pictures showed part of the fuselage of the jet ripped apart, although there was no sign of a fire. A spokesman for the airline said more than 190 passengers and crew were onboard the plane, which left from Dubai and landed at Kozhikode airport.

“I can confirm at least 14 deaths overall. Another 15 passengers have critical injuries. It is still a developing situation. We have at least 89 people, many of them with serious injuries, admitted at different Kozhikode hospitals. The ambulances are still coming in. We have been told that all those who have survived the crash also have some form of injuries.”

The 2 pilots were killed.

Aviation regulator DGCA says the plane skidded off the end of the runway and “fell down in the valley and broke down in 2 pieces”. An Air India Express spokesperson said the plane appeared to have overshot the runway. 1 television channel reported there was a problem with the jet’s landing gear.

Air India Express said in a statement that there was “no fire reported at the time of landing”. It said there were 174 adult passengers, 10 infants, 2 pilots and 5 cabin crew aboard the aircraft.

“As per the initial reports, rescue operations are on and passengers are being taken to hospital for medical care.”

“Rescue operations are on but the rains are making it difficult.”

Television images showed emergency services  working in the dark and spraying the wreckage with water.

The model Boeing 737 in the Air India incident was an older model and not a Boeing 737 Max. The world’s fleet of the latest model 737 remain grounded after 2 fatal crashes. 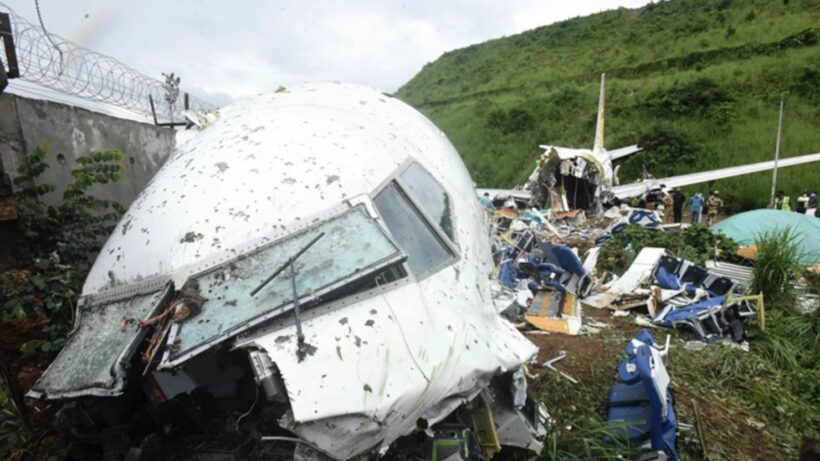