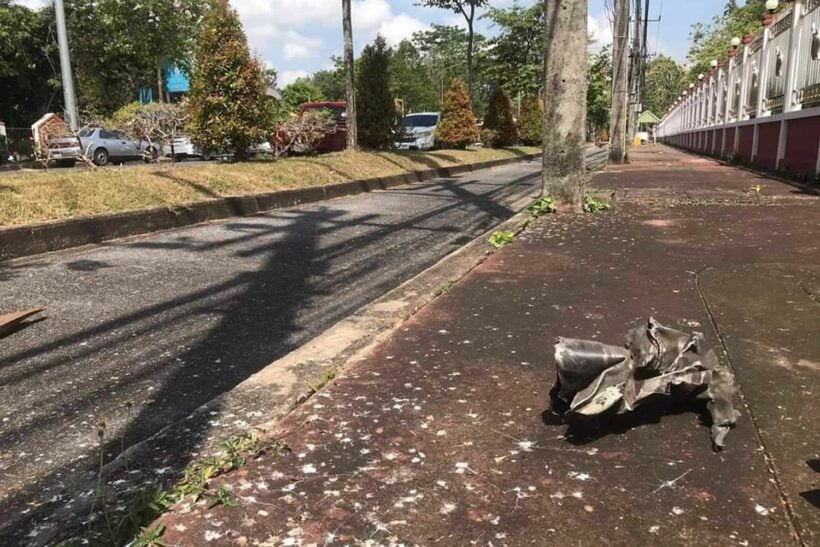 More violence in Thailand’s south today as two small bombs explode at the front of the Southern Border Provinces Administrative Centre in Yala’s city centre this morning. Many people are reported as injured from the blasts. It’s believed that five provincial police (or soldiers) and three media were wounded in the two explosions.

Thai PBS is reporting that 18 people have been hurt.

The first of the two bombs went off just before 10.30am in front of the provincial offices. Moments later another bomb, hidden in a white pickup truck parked near the entrance to the same offices also exploded.

The secretary-general of the Southern Border Provinces Administrative Centre, Rear Admiral Somkiart Pholprayoon, was inside the offices at the time hosting a meeting with governors and health officials discussing coronavirus prevention in five southern provinces.

Thailand’s southern provinces, principally Narathiwat, Yala and Pattani, have been the site of up to 7,000 deaths, over a 20 year period, as a local insurgency rages over long-simmering border and religious issues.