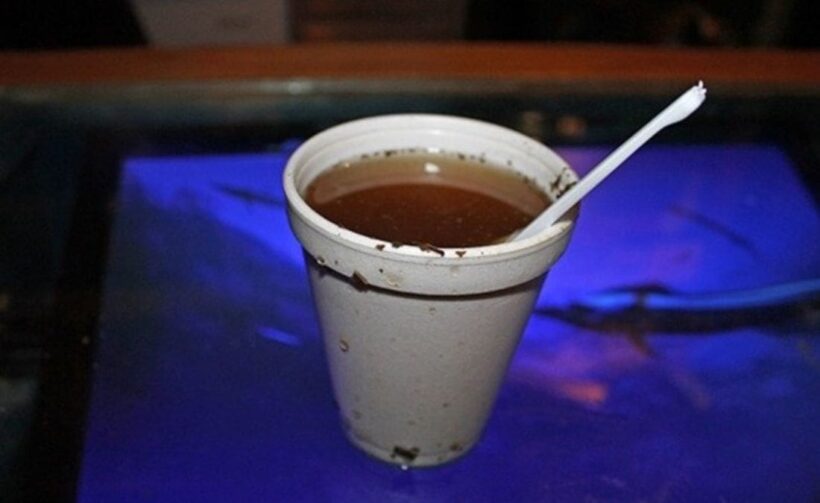 A man has been shot dead in Nakhon Si Thammarat’s Chulabhorn district after a dispute broke out during a ‘krathom brew drinking party’ early today.

The victim, identified as 29 year old Sathit Changnam was shot 11 times all over is body. Several spent shells of 9mm pistol bullets were found at the scene – a shophouse in Moo 4 village in tambon Thung Pho.

Witnesses told police that Sathit and four of his friends were drinking a brew made from krathom leaves (Mitragyna speciosa), before a dispute broke out between Sathit and one of his friends.

The friend then pulled out a pistol and emptied it on Sathit before fleeing the scene. The gunman has yet to be identified.

An earlier article about Krathom use on the rise HERE.