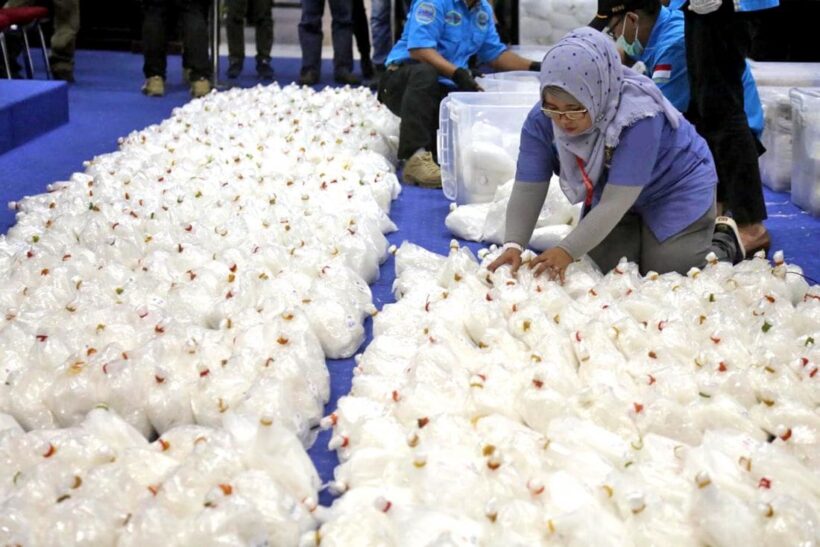 An enormous haul of 280 kilograms of crystal methamphetamine, commonly known as “ice”, was found hidden in a pickup truck that was spotted abandoned in an oil palm plantation in Satun’s Manang district.

Supoj Sirisaeng, an assistant chief of Tambon Nikhom Pattana, alerted police to check the vehicle after it was found in the plantation. The pickup was taken to be checked at the Manang police station.

At first glance, the truck appeared only to be carrying 24 pumpkins and two batches of dried chillies.

But soon a 1 kilogram bar of ice was found hidden inside the truck and more bars were attached to the inside of the the back of the vehicle, covered by specially installed black rubber sheeting.

A further amount was also discovered on the floor of the truck, hidden under the black metal tray.

Satun police chief Pol Maj-General Supawat Thapkliew say that police had yet to locate the pickup owner to ascertain which gang the drugs belonged to.

He expressed confidence that police would be able to track down and prosecute the trafficking gang soon.