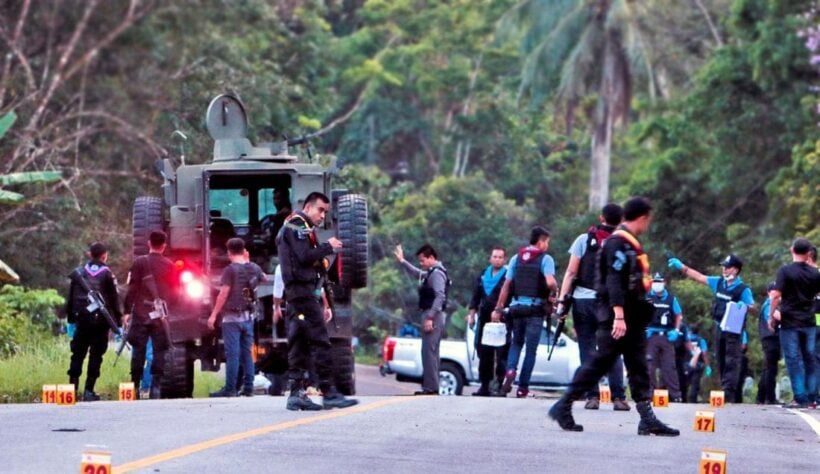 Police are hunting a group of gunmen in Yala after a home invasion and shooting when they shot dead an election candidate and his wife. Investigators suspect political motives at this stage. The couple’s two children narrowly escaped and are the only witnesses to the incident.

Warin Saengchan a local politician preparing his campaign to run for office as a candidate for the new Thai Nation Power Party in the forthcoming election.

Police say that two men, dressed in black, raided the family home in the Kabang District on Sunday evening. His wife was working at the front of the house but was unaware that the intruders snuck in through the back of the house.

Warin and his five year old son were watching TV when the men broke into his home and stormed into the living area. A quarrel broke out, according to the man’s 16 year old daughter, who says her mother entered the living room when she heard all the arguing.

The teenager, who escaped with her young brother, says her father was tied up and shot. The attackers then killed her mother.

Forensics specialists inspected the Yala property yesterday morning. The say that the couple were both killed with a single gun shot to the head.

Following a spate of attacks in the strife-torn southern region, investigators say they are also searching for links to the insurgency.