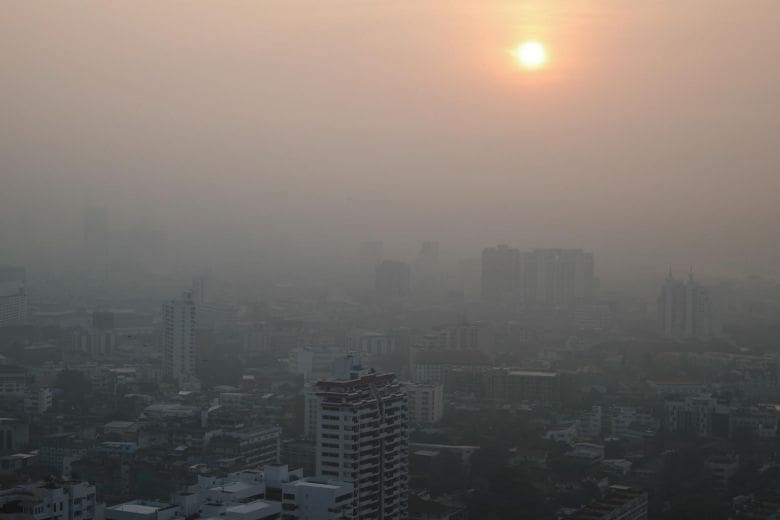 Khaosod English is reporting today that authorities were scrambling to respond to worsening smog in the capital city.

A government spokesman said junta leader Prayuth Chan-ocha has ordered related agencies to inform people of the danger of ultrafine particles after Bangkok’s air quality this past weekend again fell to “unhealthy” levels.

As of Monday morning, the international Air Quality Index’s average ranking for the capital was 183, or “unhealthy,” though some areas such as Saphan Khwai and Lat Yao as of 10am were ranked at  “hazardous” levels of 370 and 403, respectively.

Read the rest of the Khaosod English story HERE.