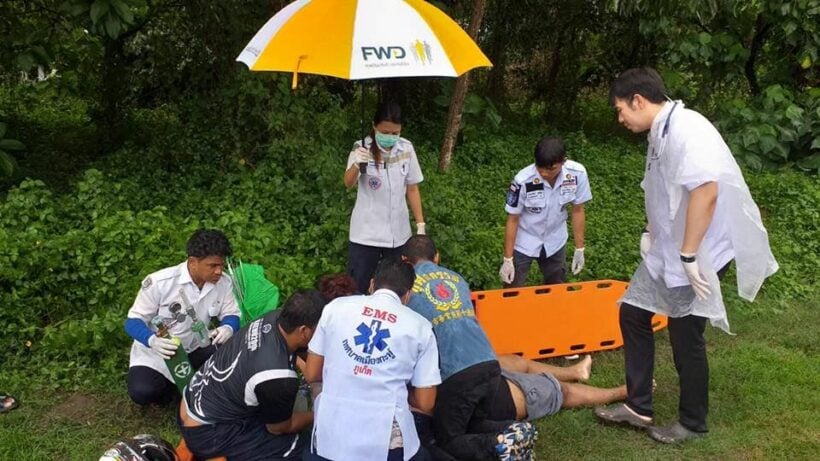 A 19 year old was pronounced dead at Vachira Phuket Hospital after being seriously injured in a sports bike (Honda CB 650cc) accident in Kathu.

Rescue workers report that they were notified of the accident at 1.45pm yesterday on the Phra Phuket Kaew Road near Bang Jak petrol station.

Emergency responders arrived at the scene to find the man with serious injuries. He was taken to Vachira Phuket Hospital and later pronounced dead. Nearby the found his damaged big bike.

Police are continuing their investigation to find the cause of accident. The roads in Phuket were very wet yesterday with a day of persistent rain. 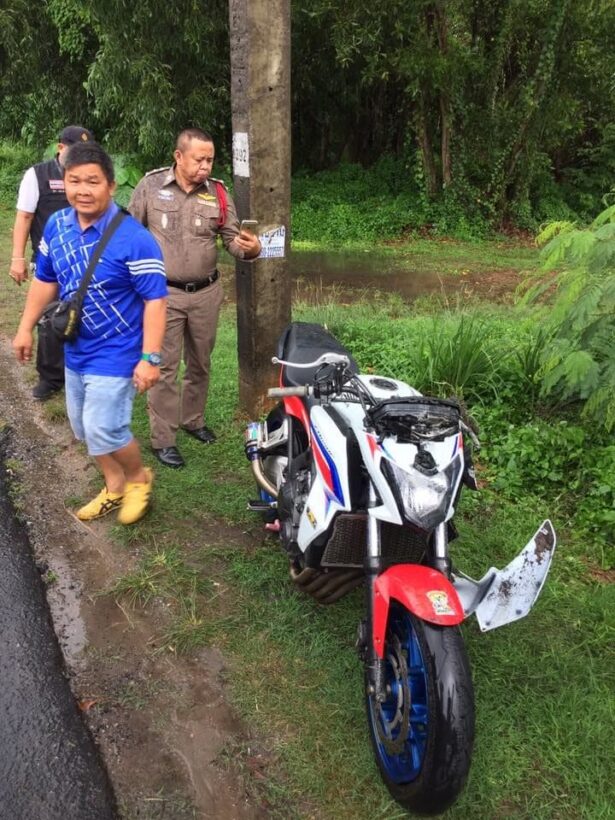