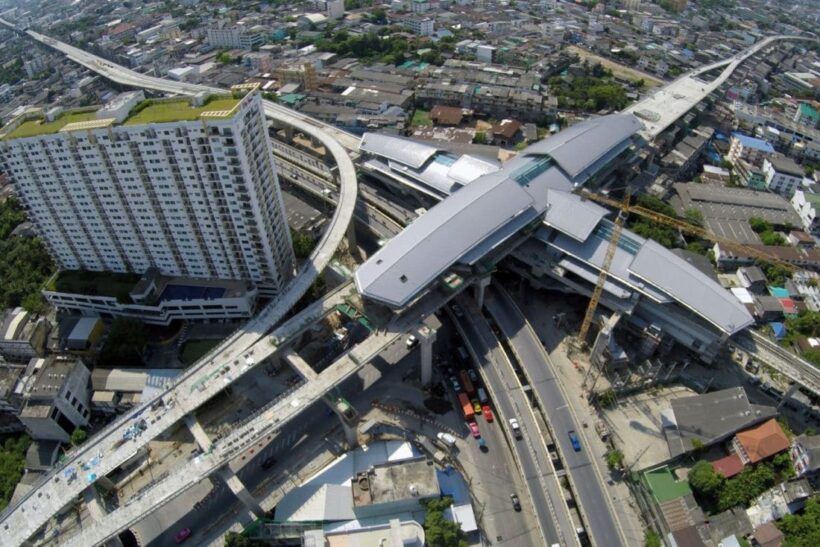 A free trial service of the MRT Blue Line extension from Bang Sue to Tha Phra in Bangkok will be launched at the beginning of next year, and commercial services will begin in March. Mother’s Day on August 12 this year has been picked for the official launch of the MRT extension service from Hua Lamphong to Tha Phra, before expanding to the final station a month later.

The Deputy Transport Minister Pailin Chuchottaworn says the opening of the extension from the Bang Sue to Tha Phra on the Thon Buri side would complete the Blue Line loop.

The minister said the Mass Rapid Transit Authority of Thailand, which owns the project, and Bangkok Expressway and Metro Public Company Limited (BEM), which operates the line, have assured him that the Blue Line’s Tha Phra extension will be ready for trial services on January 1, 2020, and commercial services will start in March.

Pailin said the Hua Lamphong-Bang Kae extension, which is on the opposite side of the Tha Phra extension, will be ready for free trial services on August 12, while the commercial services will start in September.

MRT governor Pakapong Sirikantaramas said the full-loop of the Blue Line electric train will increase the number of passengers to about 800,000 a day, compared to the current 350,000 a day.