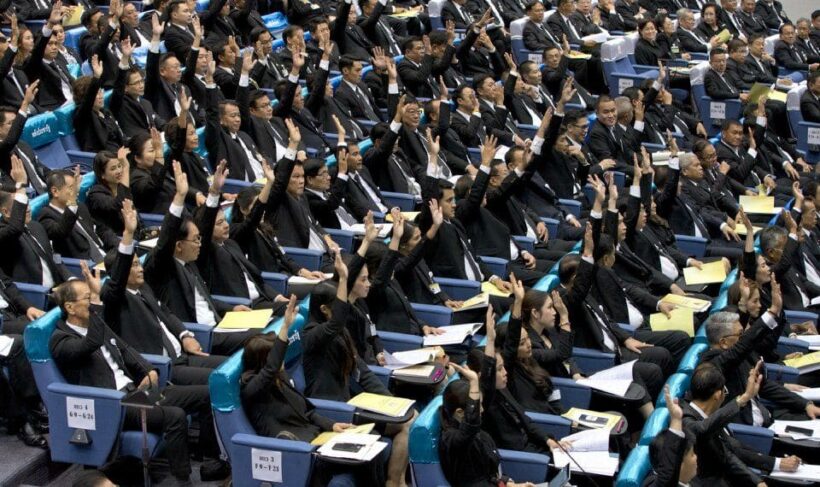 Election – check. Vote for PM – check. New government sworn in – not quite yet.

There is still a reported back-room fight over cabinet portfolios between factions in the Palang Pracharat Party. Several key ministries were offered to Bhumjaithai and Democrat MPs in return for voting for Prayut Chan-o-cha as PM on Wednesday.

Now that Prayut’s been installed back behind the big desk at government house, there have been sources reporting wrangling and possible back-tracking over the promises made preceding the parliamentary vote on Wednesday.