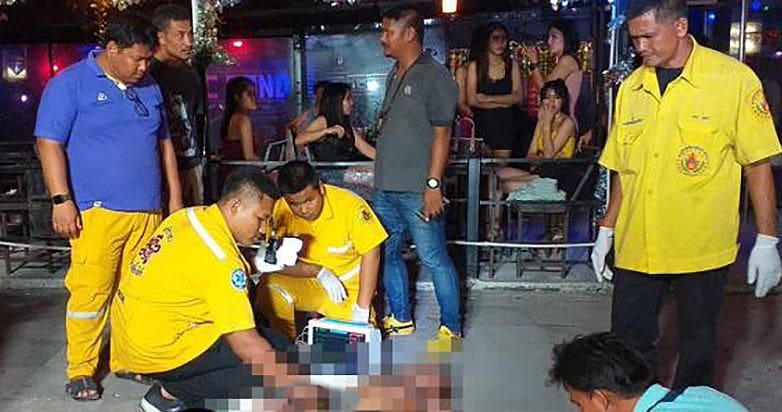 Police were called to a karaoke lounge in Sri Racha, Chon Buri last night after a man was stabbed following an argument.

39 year old Chuchart Kamngern was found outside the lounge with a serious stab wound to the left side of his chest and was rushed to hospital in Sri Racha.

Thai Rath reports that staff at the lounge on Nong Khor – Sri Racha Road told police that two men had had an argument in the toilets before one returned to the counter, and the other person to the VIP room.

Witnesses say the man sitting by the counter then got a wooden club and hit the victim over the head. As staff tried to intervene, and the victim tried to run out, the assailant stabbed him in the left side of his chest.

The attacker fled the scene and police are now hunting for him.

Japanese tourist re-united with his bag and valuables