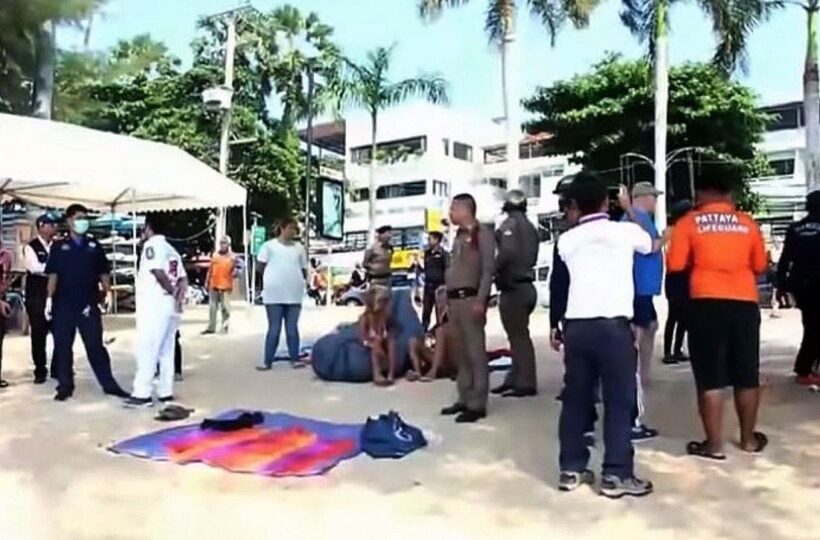 Emergency responders have been called to Jomtien beach in Pattaya’s south yesterday after a German tourist was reported in difficulty whilst swimming. There were many tourists on the beach at the time.

Members of the local rescue foundation, Sawang Boriboon attempted CPR on 78 year old Klaus Heinz Trappiel but were unable to revive him. The man died at the scene opposite Soi 5 on Jomtien Beach.

A witness to the drowning told investigators that the victim arrived with four others and had been swimming. He was later spotted floating on the water surface. The also said that it was the German’s first visit to Pattaya.

The man had been staying in Jomtien and was due to depart later this week. Police say that the man had been suffering from a preexisting condition and speculated that this contributed to his drowning.