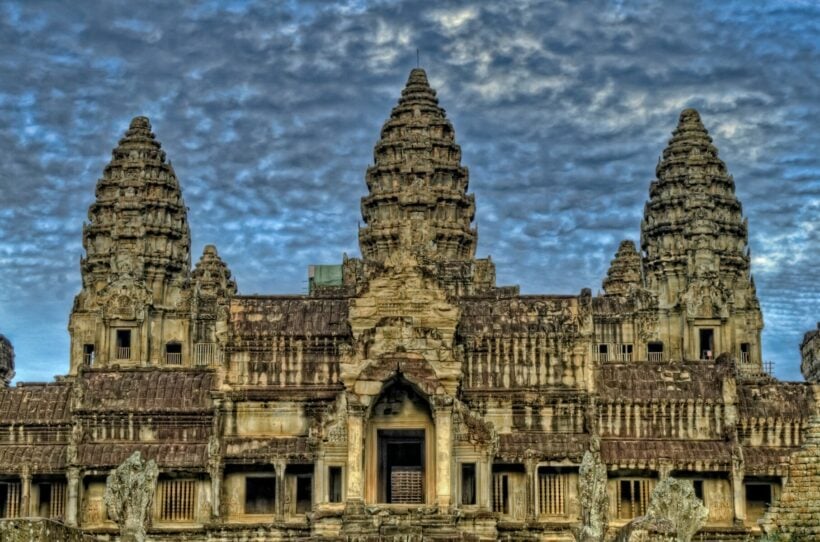 Temples are generally known to inspire peace and tranquillity, but a new 100 million baht temple complex in Northeastern Thailand has launched a feud with Cambodia which claims the temple is copying Angkor Wat, the largest temple complex in the world and the pride of Cambodian history and culture.

The cultural official in Buriram, the site of the new temple, says that the design is based on Khmer stone castles that are common historical features through the Isan area where the temple is located. Angkor Wat was built in the same style, hence the similarities.

But, the official also concedes that the head monk who had dreamed he had been one of the original builders in the 12th century constructing Angkor Wat in a past life, and followed that vision in making this temple.

The Cambodian government wants to inspect the new Thai temple with archaeologists and temple architects to compare. Thai officials claim the layout is fundamentally different with their temple clusters arranged differently from biggest to smallest.

Cambodian embassy officials agreed after visiting last month to inspect the temple after #SaveAngkorWat and #AngkorWatBelongsToKhmer trended on social media. Those officials said the design did not copy any Cambodian temples. But Cambodia’s director of the Ministry of Culture said experts would travel to Thailand when Covid-19 restrictions allow to examine the temple further.

Angkor Wat has been a sacred and fiercely defended part of Cambodia’s history and culture for centuries. The temple is so important it even appears on the Cambodian flag. In the 19th century Rama IV of Siam sent troops to attempt to disassemble one of the temples, planning to bring the pieces to Thailand and rebuilt it. After Cambodian defenders ambushed and fought off the Thai troops, the plan was dropped and a miniature of Ankgor Wat was crafted and is still displayed in the Grand Palace at the Emerald Buddha Temple.

In 2003, riots erupted and diplomatic tensions rose dramatically when a a rumour spread that a Thai actor from a soap opera said Angkor Wat should be taken by Thailand. The suggestion that Thais should own Angkor is especially sensitive because an 11th-century temple named Preah Vihear sits just across the border from Sisaket province and ownership was so hotly debated for so long that it took an International Court of Justice judgement from The Hague to settle the matter and declare the temple was Cambodian.

The president of the Cambodian Institute for Democracy said that Angkor Wat was a sensitive issue and those wishing to appreciate it should journey to Cambodia to explore it. But he called for peace and calmed tempers over the issue, hoping not to escalate into hostilities between the two countries.

“Anything that creates the national tension between these two nations should be avoided.”

AussieBob
12 hours ago, Stonker said: Calm down?    The reference to Torquay, to put things into perspective, may have eluded you! 😴 Try this link:  Khmer Empire - World History Encyclopedia Cambodia = 1953

Rain
To come across too pedantic, but the terms Cambodians and Cambodia are fabricated and Anglicized/Franco bastardizations of the truer form.  ....and have little to do with anything.

470 kilograms of marijuana seized in Isaan; reportedly smuggled from Laos