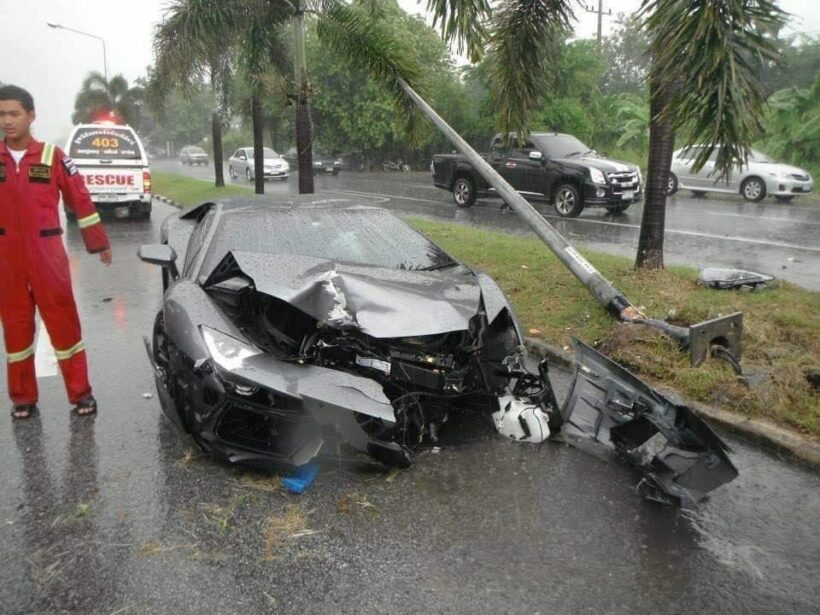 A father and son, driving in a Lamborghini sports car, have survived after colliding with power poles in Chon Buri, north of Pattaya.

Emergency responders were notified of the incident yesterday on Sukhumwit Road in Chon Buri city area, south of Bangkok.

At the scene found the damaged ‘Aventador’ Lamborghini sport car valued 34 million baht in a crumpled heap on the road. Two power poles have been knocked over.

The driver, 45 year old Somkiet Kruwongpaiboon and his son, were safe and standing near the car waiting for police to arrive.

Mr Somkiet says, “My son and I were heading from Bangkok to my father’s funeral in Chon Buri.”

“When I arrived at the scene there was some water was on road surface, I lost control of my car and collided with the power poles.” 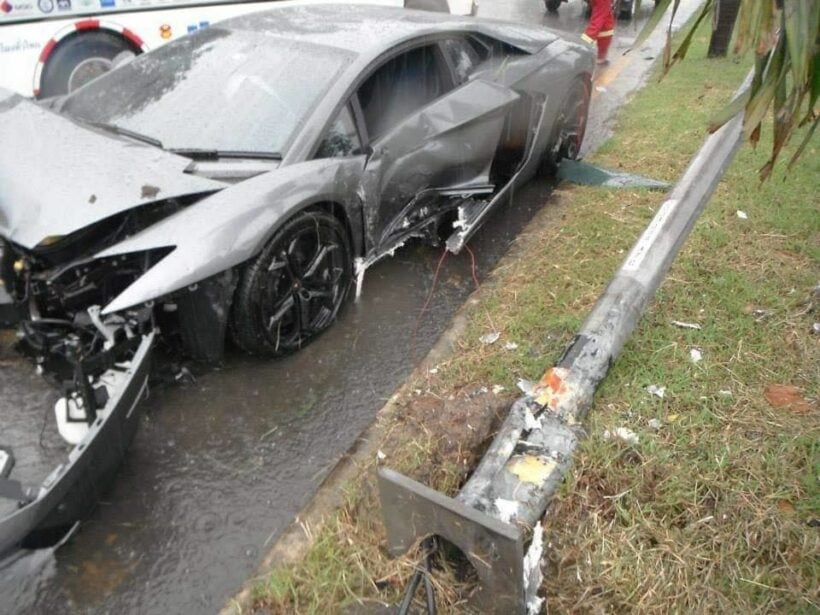 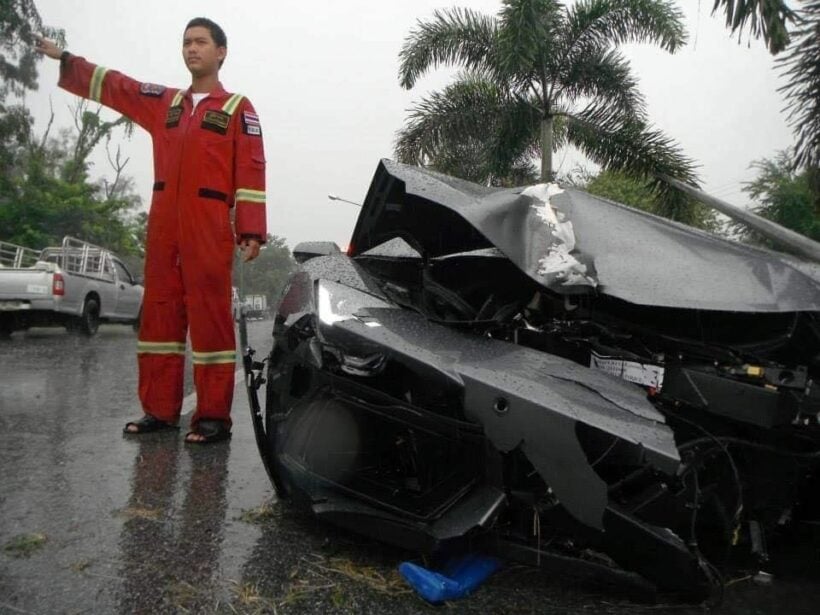 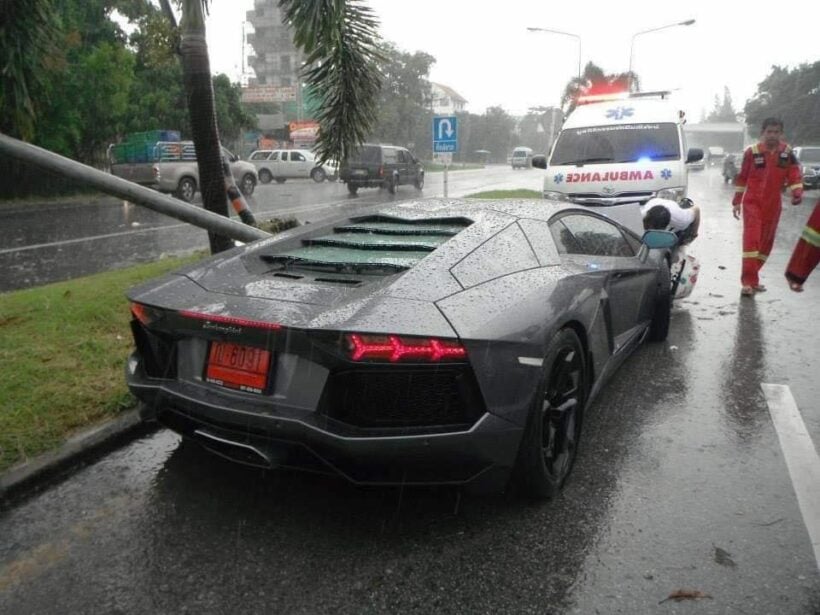 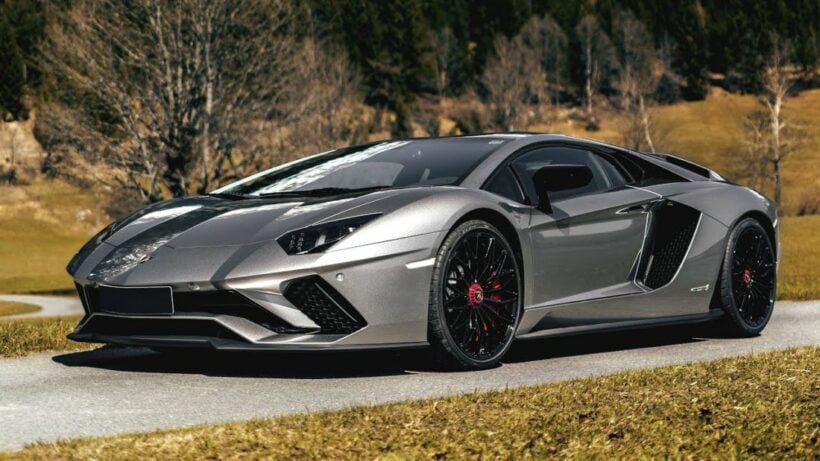