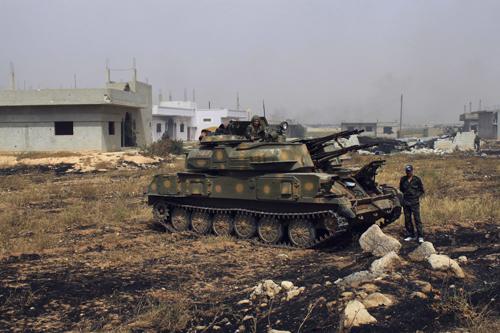 PHUKET: A law drafted by the Egyptian presidency for regulating non-governmental organisations dashes hopes for a free civil society after the 2011 uprising against Hosni Mubarak, Human Rights Watch said yesterday.

President Mohamed Mursi has said the bill submitted to the Muslim Brotherhood-led parliament on Wednesday would liberate a civil society that was stifled by Mubarak, who was toppled by an uprising ignited by democracy activists.

“Egypt’s proposed NGO law would allow the government free rein to cut off funding and halt activities of groups that it finds inconvenient,” she said in a statement.

The presidency presented the law this week to try to ease concerns about earlier drafts criticised by the United States and the European Union for the restrictions they would have placed on civic activism.

Human Rights Watch identified some improvements in the law, specifically a change that will no longer consider NGO finances as public funds. But the latest draft fell far short of Egypt’s international human rights obligations, it said.

In Washington, State Department spokeswoman Jen Psaki said the United States is reviewing the latest draft to see whether it is in keeping with Egypt’s international obligations.

“We would like to see Egypt and the NGOs there operate in a transparent and accountable manner,” she said. “And legislative restrictions, which we feel are still a part of this latest draft on the activities of NGOs, would damage not only Egypt’s international image, but also the ability of NGOs to provide the necessary assistance to the people in the country.”

Since Mubarak was deposed, restrictions on civil society have remained a source of friction with Western states that help to finance non-governmental organisations working on human rights and economic, social and political development.

Last year, under the temporary rule of the army generals who assumed power from Mubarak, an investigation into the work of international NGOs, some of them U.S.-based, sparked a crisis in ties between the United States and Egypt.

PHUKET: Iran’s sponsorship of terrorism overseas underwent “a marked resurgence” in 2012, reaching levels not seen in 20 years, the U.S. State Department charged in its annual report on trends in political violence.

The report cited a series of actual and planned attacks in Europe and Asia linked to Hezbollah, Iran’s Lebanon-based ally, including a July 2012 bombing in Bulgaria where five Israeli citizens and a Bulgarian died, and wounded 32 others.

“The year 2012 was … notable in demonstrating a marked resurgence of Iran’s state sponsorship of terrorism,” via Tehran’s elite al Quds force, its intelligence ministry, and Hezbollah, the report said. “Iran and Hezbollah’s terrorist activity has reached a tempo unseen since the 1990s.”

There was no immediate reply to a request for comment from Iran’s mission to the United Nations.

Last July, Iran’s U.N. ambassador denied his country’s involvement in the Bulgaria bombing, which he accused Israel of carrying out. “We have never, and will not, engage in such a despicable attempt on … innocent people,” Ambassador Mohammed Khazaee said.

The report’s release comes as U.S. and European officials and intelligence agencies say Iran and Hezbollah have stepped up their military backing for the besieged government of Syrian President Bashar al-Assad.

Hezbollah leader Hassan Nasrallah on Saturday publicly committed the group to an Assad victory over Syrian rebels who, like the Damascus government, have been accused of abuses in the two-year-old civil war.

“Both Iran and Hezbollah are providing a broad range of critical support to the Assad regime, as it continues its brutal crackdown against the Syrian people,” the State Department report said.

The report covers events in 2012 and does not include such incidents as the Boston Marathon bombings in the United States or last week’s brutal murder of a British soldier on a London street.

President Barack Obama last week announced he was shifting the United States away from a “boundless global war on terror” begun by his predecessor as a response to the September 11, 2001, attacks. While continuing to target militants, he said he would restrict deadly drone strikes abroad and seek once again to close the Guantanamo Bay prison in Cuba.

It said that al Qaeda’s Pakistan-based core group “continued to weaken” and that losses in leadership have driven the group’s affiliates to become more independent, “setting their own goals and specifying their own targets.”

But at the same time, the tumultuous events set in motion by the “Arab Spring” revolutions have complicated the picture, the report said. The dispersal of weapons stocks following the fall of Libyan leader Muammar Gaddafi as well as the coup in Mali “presented terrorists with new opportunities,” it said.

Al Qaeda in Iraq (AQI), the report said, is seeking to establish a long-term presence in Syria “under the pseudonym of al-Nusrah Front,” an anti-Assad rebel group that the U.S. government has designated a terrorist organisation.

Iraq was the site of three of the 10 most lethal attacks worldwide in 2012, it said, and 97 percent of the strikes whose perpetrator could be identified were attributed to AQI.

While terrorist attacks occurred in 85 countries last year, 55 percent of the attacks and 62 percent of the fatalities took place in just three countries: Pakistan, Iraq and Afghanistan, the State Department said.

Because of changes in methodology, the figures are not directly comparable to previous years, it said.

(The full report is available at www.state.gov/j/ct/rls/crt/2012/index.htm ).

Moscow suggests missiles have yet to reach Assad
R