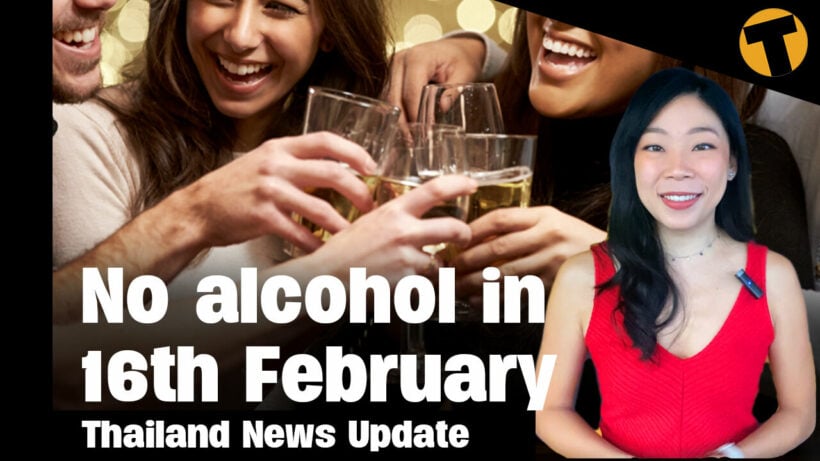 Police say have identified the 2 suspect gunmen who are being sought over the apparent gangland killing of Indian-born Jimi Sandhu on February 4 in Rawai, Phuket. Arrest warrants for 2 Canadian men have been issued. The alleged gunmen have been named as 36 year old Gene Lahrkamp and Matthew Dupre, also 36. The arrest warrants follow an intensive investigation by Thai police, forensic evidence collected from the rented Toyota used by the 2 men and on the 2 guns found in the shallows of Rawai Beach, that police allege were used in the shooting. In related news, police are investigating a Surrey, Vancouver, shooting last Tuesday that put 2 people in hospital, one in critical condition. Police believe it may have been in retaliation for the shooting of Jimi Sandhu, who was part of the ‘United Nations’ crime gang in British Columbia. A 24 year old, critically wounded in the incident, was a member of the rival ‘Brothers Keepers’ gang.
—-
This coming Wednesday, February 16, you won’t be able to buy alcohol because Thailand, along with some other southeast Asian countries, will mark the Buddhist holy day of Makha Bucha. The day commemorates Buddha gathering with his first 1,250 disciples in the bamboo grove where he lived. Makha Bucha is celebrated on the full moon day of the third lunar month in Cambodia, Laos, Thailand, and Sri Lanka. On this day, Thais will make merit at their local temples. There, they might recite Buddhist scriptures, or give alms to monks. Buddhists traditionally abstain from alcohol on Makha Bucha Day. So… now you know.
—-
An online survey shows that most parents doubt that online learning is effective for their children, and are either “dubious” or “very concerned” about kids 5-11 years old getting vaccinated. The Suan Dusit survey questioned 1,089 parents across Thailand. 66.8% of parents said they doubt how effective online learning is. 55.5% say they have little confidence in it being effective. 11.3% said they’re not confident about online learning’s effectiveness at all. Only 6.1% of parents said they were very confident.
—-
The deputy director-general of the Fisheries Department has announced that, in coming months, four areas of the Gulf of Thailand will be closed to fishermen for marine breeding season. From February 15 to May 15, waters near the coasts of Prachuap Khiri Khan, Chumphon, and Surat Thani will close to fishing. Smaller boats will still be allowed to fish if their boats are less than 10 gross tonnages in size, with engines less than 280 horsepower. Thailand has closed the gulf to fishers every year since 1953, and this is meant to preserve enough marine life for fishermen to make a livelihood during other times of the year.
—-
Live squid dumped in a shot glass with a spicy Thai sauce, and then consumed while the squid is still squirming… yep, this is a new food trend in Thailand, with many sharing the phenomenon on TikTok and other social media outlets. But the director of the country’s Department of Health is warning people that the so-called “squid shots” could be dangerous. Here’s how it’s made. In a shot glass with a spicy and sour chilli sauce, a live squid is dumped in. Some people leave the squid in the sauce for a few minutes, while it attempts to swim, soaking in the spices. Others will dump it for a quick dip and eat it immediately. If the squid is small enough, some people eat it whole. But the Department of Health says raw squid can contain the vibrio para-haem-oly-ticus, a bacteria found in marine environments which can lead to acute diarrhoea and vomiting if consumed. He warns that severe food poisoning from eating raw squid can then lead to ulcerative colitis, which is a more long term condition where the rectum and colon are inflamed. Nasty!
—-
The remnants of the Covid-19 pandemic and a slow economic recovery in Thailand is set to make the annual Day of Love more expensive this year. Apart from more expensive flowers, the same constraints are also affecting lovers’ celebration plans. A recent survey by the University of the Thai Chamber of Commerce predicts spending of around 2 billion baht on valentine’s Day this year, the lowest in 15 years, with average spending of 1,176 baht per person. (Still seems a lot to me!)51 % of respondents say they expect their celebration will be low-key. The high price of goods, the Covid-19 pandemic, and rising petrol prices, have prompted caution in consumer spending. Reduced income, job loss, safety concerns, and fears of job loss are additional factors. About 83 % say they plan to celebrate this special occasion with their loved ones at home. The government has taken advantage of the Valentines Day celebration to initiate a safe sex campaign, with up to 3 million free condoms handed out last week around the city and provinces. And the local Disease Control Department came up with the mood-killer… recommending lovers partake of a quick ATK test for Covid before getting too romantic.

Two people hit, one killed by motorbikes driving through zebra crossings in Bangkok

The Day of Love in the Land of Smiles I GMT