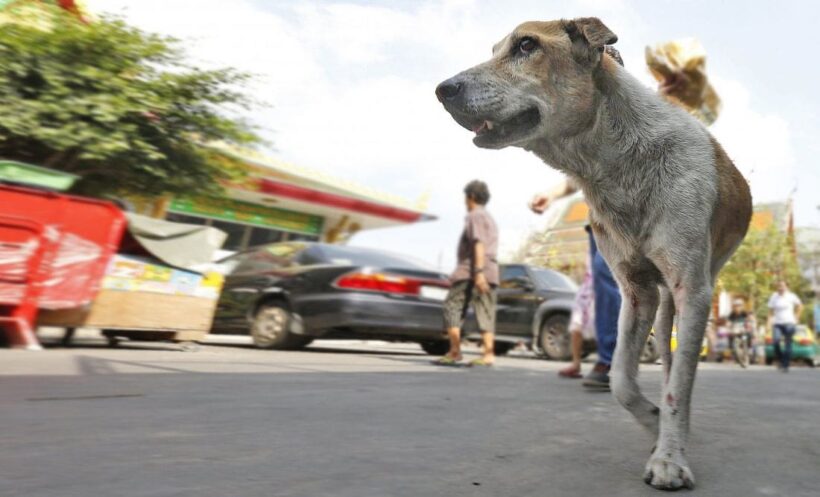 A 32 year old man in Surin province has become the first person to die of Rabies this year.

The Disease Control Department director-general Dr Suwannachai Wattanayingcharoenchai says the man who was bitten by a stray dog last November but never sought an anti-Rabies vaccination.

The man developed fever and had difficulty swallowing before lab tests confirmed he had Rabies, according to Suwannachai.

Providing advice to reduce your chance of contracting Rabies (which is already very rare ), Suwannachai urged people to have their pets vaccinated annually, which local administrative bodies administer for free from March to June.

“If a cat or a dog scratches or bites you or licks your wound, you have to promptly clean the wound with soap and water repeatedly for about 10 minutes. Then add Povidone-iodine (Betadine) to lower the chance of rabies infection and see a doctor immediately for diagnosis and vaccination.”

“It’s also crucial that the animal be monitored for any abnormal symptoms or dies within 10 days.”

Dr Suwannachai said people should avoid provoking animals lest they be scratched or bitten and take care to avoid stepping on an animal which could provoke a bite.

“You shouldn’t try to break up a cat or dog fight with your bare hands or take away any food they might be eating. It’s also best to avoid contact with animals you don’t know.

More details are available from the department’s hotline on 1422.

Maha Sarakham districts have no water at all, Phuket gets first decent rain for the year